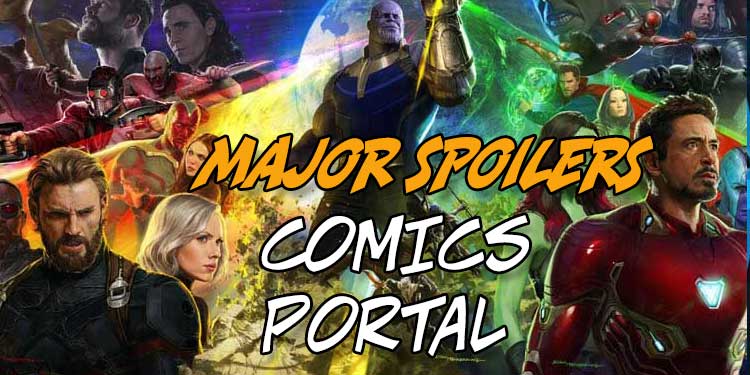 You can always tell when superhero and other comics-related films are doing well – someone brings up a “fatigue” they hope moviegoers are experiencing!

Not long ago, it was “superhero fatigue.” Now, just as the latest Avengers movie is about to hit the theaters, it’s ‘Avengers’ fatigue.

ARE WE GETTING ‘JAMES CAMERON FATIGUE?’ In a recent interview, James Cameron, the guy behind Avatar and other films, mentioned the following:

>>“I’m hoping we’ll start getting ‘Avenger’ fatigue here pretty soon,” Cameron said. “Not that I don’t love the movies. It’s just, come on guys, there are other stories to tell besides hyper-gonadal males without families doing death-defying things for two hours and wrecking cities in the process. It’s like, oy!”<<

Given that there are four, count ’em, four more installments coming from Mr. Cameron’s Avatar franchise, I can understand his concern with “fatigue.” I know a LOT of folks who once were loving the out-of-body experience that film provided. They’re now not quite so enamored with the idea of that many sequels.

Just about every year I read someone bringing up the idea of “fatigue” related to comic-book movies. The trouble is, it depends on the quality of the storytelling.

I’ve discussed “superhero fatigue” a couple of times before, and it’s often coming from movie critics who don’t like the genre. No, they don’t complain about “romantic comedy fatigue” or “action spy story fatigue” – they like those kinds of storytelling. But superheroes or films made that are based on comics? Why, we’ll tire of those, and sooner rather than later, they say!

The truth is that it all comes down to how good the storytelling is. If the story is translated to the big (or small) screen well, it doesn’t really matter where the tale came from.

I’m sure that Mr. Cameron doesn’t want the kind of competition Avengers sequels can provide him, so this is kind of a pre-emptive strike. “Fatigue is coming,” he hopes, leaving the door open for his sequels to make more money. We’ll see.

MOVIES THAT CLOSELY RESEMBLE THE COMICS I have several friends who fuss with me that they don’t want films to resemble the source material too closely. “Otherwise,” they say, “why bother going to the theater? I’ve read that story already!”

On the other hand, there are folks I know who feel a film or TV show MUST follow the comic exactly or it’s not worth watching.

I think most of us fall somewhere in between. What I want is a good story, well told, appropriate for the medium. Frank Miller once tried to make The Spirit comic into a movie, and wow, would I like to get those two hours back!

I’ll confess that I wasn’t all that thrilled with Civil War. I thought it should have been called Civil Skirmish because it wasn’t really a “war” in the truest sense of the word. Several people tussling in a small space, well, that’s not a “war” as I understand it.

Again we have a “war” scenario. Avengers: Infinity War on some levels reminds me of “We Are The World,” that song in which some stars got to sing a whole line of music. As Ed McMahon might have said, “EVERY HERO in the Marvel Universe is in this film!” I hope they can justify having everyone there and give each one something worthwhile to do. Otherwise, why bother?

ONLY TWO KINDS OF SCI-FI?

I begin to wonder if Mr. Cameron understands sci-fi very well. He also said the following:

>>… he does note that sci-fi stories have split a bit into two realms, at least when it comes to depicting science: “We can see the market drives us to a sort of science fiction now that’s either completely escapist and doesn’t require a technical consultant — an example of that would be ‘Guardians of the Galaxy.’ It’s just fun,” he said. “We don’t care how those spaceships work or any of that stuff works. And then you have scientifically responsible science fiction like ‘The Martian’ or ‘Interstellar.’”<<

My experience tells me that there just aren’t only two kinds of sci-fi stories, even when showing science. If you watched Star Trek: Deep Space Nine, for instance, you’d get a comedy one week, a Greek tragedy the next, followed by other kinds of stories in the same universe. I never knew what I was going to get, unlike some other shows and films. I loved that! And science would be laced within each one!

I’d be curious to find out which one of those two categories Avatar fell into. Or is that fantasy, which has more open levels to its storytelling? I think Mr. Cameron needs to watch more sci-fi, honestly.

The one thing I worry about is that, to me and several others I know, the two previous Avengers films had a lot of similarities when it came to the plot. I hope we don’t see the heroes falling into that same kind of story again this go-round. Since Joss Whedon isn’t involved, well, maybe we won’t see that happen again!

What do you think? Will “Avengers fatigue” be a real thing? Or is Mr. Cameron just blowing smoke? Whatever your opinion, be sure to share it in the space below!

COMICS PORTAL: So Many Superheroes!