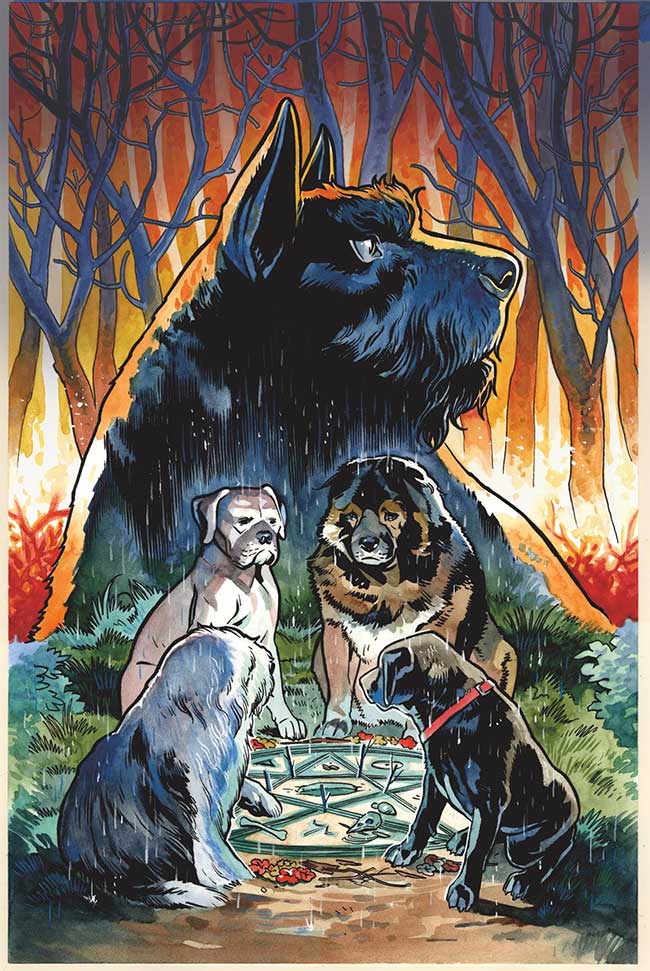 Dark Horse Comics has announced Evan Dorkin and Benjamin Dewey are teaming for Beasts of Burden: Wise Dogs and Eldritch Men, bringing fans a new story from the Beasts of Burden universe.

Beasts of Burden: Wise Dogs and Eldritch Men follows the heroic pack of canines known as the Wise Dogs as they take on a series of new horrors and find a link among a variety of seemingly unrelated occult disturbances plaguing Burden Hill and the surrounding areas. Their discovery leads them to mountain village inhabited by a survivalist witch-cult who have uncovered the existence of a “Blood Lure” attracting occult forces, creatures, and many more terrors to Burden Hill!