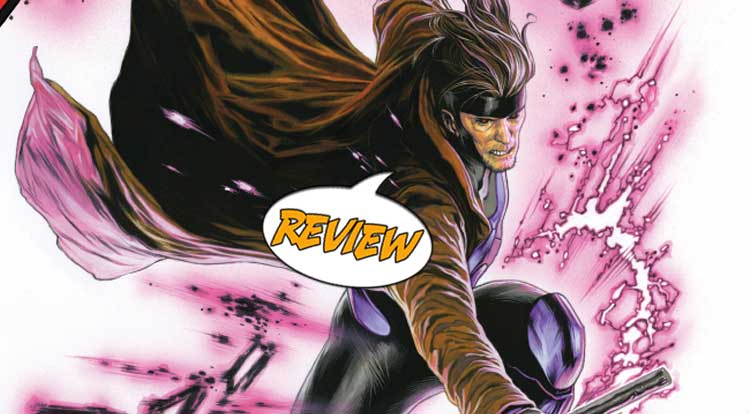 Jean and her team have to fight off Cassandra Nova’s wicked plans in India, where they have also found their newest X-Man…  Your Major Spoilers review of X-Men Red #3 awaits! Previously in X-Men Red: ” The battle rages in India, and the newest X-Men member may be the key to the team’s survival.  GAMBIT is caught up the intensifying global frenzy of mutant hate.  Plus: Could one of JEAN GREY’s oldest friends turn foe?”

As she attempts to save the world, Jean Grey has run into a number of hurdles, not the least of which being Charles Xavier’s evil twin, Cassandra Nova.  While she and her team battle a Sentinel in India, Cassandra literally walks right into the X-Mansion, killing a young mutant on her way to brainwash one of the X-Men.  Jean’s battle rages, and the team finds themselves challenged by the Sentinel until an angry Trinary uses her technopathic powers to shut it down, ordering the robot to stand down with a forceful command: “Sit!”  In Louisiana, a hate mob carrying tiki torches mobilizes against mutants, only to fall afoul of the explosive powers of Gambit, while Trinary hacks the Sentinel to serve as transportation to Wakanda, the next site showing evidence of mind-controlled humans against mutants.  Unfortunately, Cassandra’s mind-controlled hero is in their way and she is perhaps the most dangerous mutant of all…

TRINARY IS MY NEW FAVORITE X-MAN

It can be tough to get into new X-books, since there are roughly six of them every year, but this one caught my attention in a way that the Blue and Gold teams didn’t, thanks to featuring Laura Kinney Wolverine and her sister/clone Honey Badger (who gets the line of the issue when she realizes that her intestines have been blown out by the Sentinel, a breezy “Oh, yeah! Whoops!”) as well as a resurrected Nightcrawler and the promise of Namor.  Best of all, Taylor is able to make Gambit work in a scene that combines tragedy with echoes of recent real-world demonstrations without being too heavy-handed in its social commentary.  Still, the thing that puts it over the top is Trinary, a smart, capable woman who could be the next [INSERT POPULAR X-PERSON HERE], if there’s any justice in the X-Men universe.  Asrar’s art is excellent as well, with an old-school Sentinel and excellent actions sequences and expressive “acting” from all his characters.

The final page promises Storm versus Jean and her team, with a Sentinel in play, which makes next issue seem like an exciting prospect, and even though I worry that the next big X-changes will sweep it all under the rug, it makes for a good read.  X-Men Red #3 brings an interesting team of heroes, gives Jean Grey a meaningful counterpart, makes Cassandra relevant for the first time since the end of Morrison’s New X-Men run, making for a well-deserved 4.5 out of 5 stars overall.  I’ve always said that the best way to make a book with this many characters accessible is to have more than one monthly title, an idea which allows this book to shine…