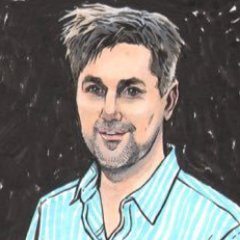 Chris Ryall stepped down as the editor-in-chief and CCO at IDW publishing last month, but he didn’t get out of the comic industry as the Hollywood Reporter reports Ryall is now working for Robert Kirkman at  Skybound Entertainment.

“Chris’ impeccable track record as an editor reflects the quality of stories that we aim for with all Skybound projects,” said Mackiewicz in a statement. “He is an ideal addition to our team as our comic book slate continues to grow.”

“You’d have a hard time finding someone more well-liked in comics than Chris,” stated Kirkman. “His mark on the comics industry is undeniable. I’ve admired his work from afar for many years and am thrilled for him to be part of the Skybound team.”

One thing to remember is that IDW Publishing became the fifth largest publisher under Ryall, and though we don’t know the exact reason he left IDW Publishing, Skybound Entertainment (which is part of Image Comics) is going to really take off with Ryall at the helm.