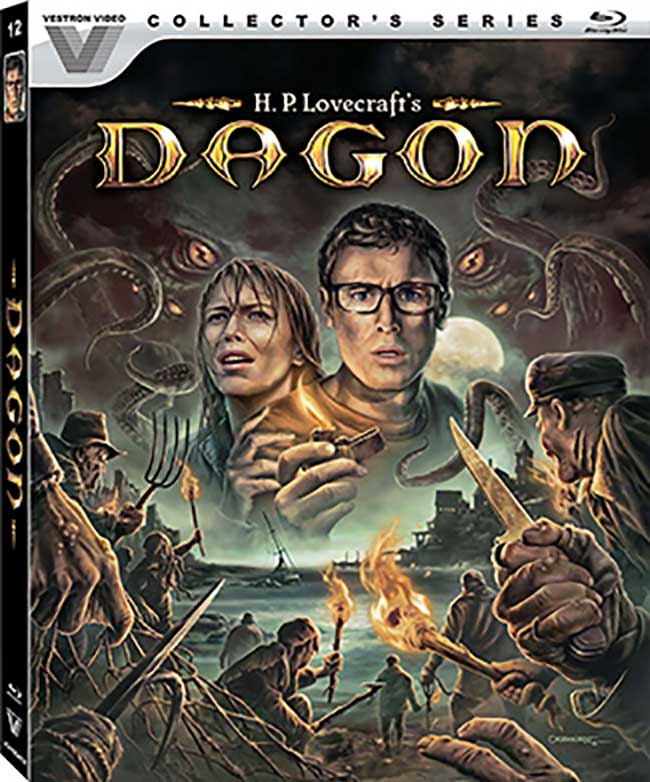 Lionsgate to release H.P. Lovecraft’s Dagon on Blu-ray in July

Dagon is one of the weirdest H.P. Lovecraft tales you’ll read this weekend.  The tale of greed turned horror was adapted into a movie in 2001 and gets a Blu-ray release in July. Directed by horror mastermind Stuart Gordon (Dolls, Re-Animator) and starring Ezra Godden, evil rises and a legend unleashes the rage of Hell after a yacht crashes on the Spanish coast and the survivors are forced to face their nightmares. Packed with all-new, never-before-seen special features, including interviews with Stuart Gordon and producer Brian Yuzna, as well as a conceptual art gallery from artist Richard Raaphorst, and featuring custom illustrated art.