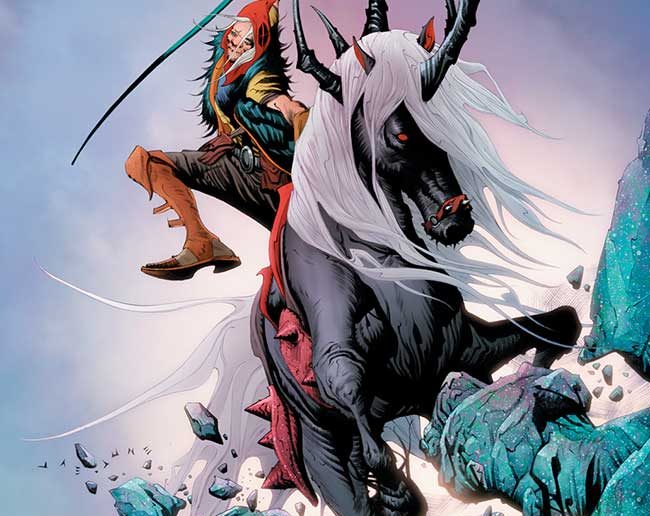 BOOM! Studios announces Coda, a 12-issue series launching in May

BOOM! Studios has released a sneak peek at Coda, a twelve-issue series from writer Simon Spurrier, and artist Matias Bergara.

In the aftermath of an apocalypse which wiped out nearly all magic from a once-wondrous fantasy world, an antisocial former bard named Hum seeks a way to save the soul of his wife with nothing but a foul-tempered mutant unicorn and his wits to protect him…but is unwillingly drawn into a brutal power struggle which will decide forever who rules the weird wasteland.

“This is Si Spurrier unleashed, creating a truly unique and exciting new world in CODA that’s equal parts Mad Max and High Fantasy,” said Eric Harburn, Editor, BOOM! Studios. “Teamed with Matías Bergara, who’s delivering career-defining work, these two are making sure every chapter of this twelve-issue series is a broken fantasy epic unlike anything you’ve experienced in comics or anywhere else.” 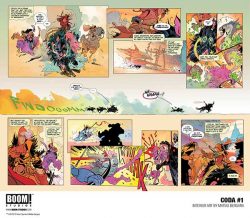 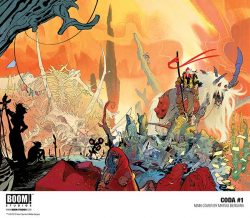