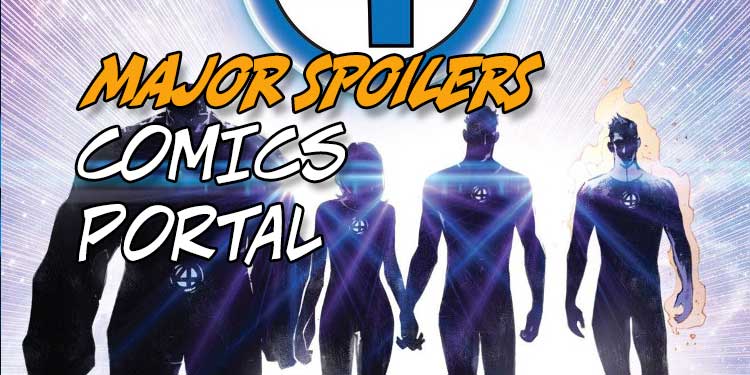 A few days ago, Marvel brought us the news that Marvel’s “First Family” was coming back to monthly comics.

When they first faded away back in 2015, I wrote a column that I was fine with them taking a break until the House of Ideas put together a concept that would be worth the time and money.

I’m hoping they’ve made that happen.

MARVEL’S IN A DIFFERENT PLACE NOW I don’t know how much of an influence that Fantastic Four movie had on Marvel, but rumors flew at the time that they were not going to let any FF film be a success unless it came out from Marvel’s own movie-making company.

Word was that they canceled the title as part of a concerted effort to knock off 20th Century Fox’s movie. Well, based on reaction to it, they needn’t have bothered. It was doomed from the start, to coin a phrase.

Now, of course, Marvel has control of the FF when it comes to movies, so that motivation, if it ever existed, has left the building.

Let’s be real here — Marvel needs every success they can get right now. That’s why they’re restarting so many books. In my humble opinion, they HAVE to, as I’ve discussed in previous columns.

Anyone who knows Marvel’s history knows that the FF were the keystone to the company’s taking off in the 1960’s. They were more realistic in nature than the Justice League of America, so fans took to them immediately.

And to be honest, Marvel hasn’t been Marvel without them. At least, to me. So I’m happy to see they’ll be coming back.

THE DANGER IN REVIVING THE FF It’s going to be a media event, I bet. Marvel tends to get more attention when they do something big, like apparently killing Steve Rogers and things like that. The big newspapers cover it like crazy! I expect the same thing to happen with the return of the Fantastic Four.

But I’m kind of concerned about just the team will look like and what kinds of stories will be told.

I mean, Reed Richards cannot be the genius able to assemble various universes. If he has that kind of power, any foe could get atomized poste haste. Each issue would only need about two pages — the bad guy shows up, he gets flung into another dimension or turned into dust. End of story.

Is Johnny Storm going back to the hot-headed teenager who teamed up with Spider-Man a lot? I LIKED that version a lot, but he’s been that way for decades, seems like. Of course, Spidey has just gone back to being the guy who has to hide from his landlord because he can’t pay this month’s rent, so it could happen!

These are concerns for the whole team, really. If the FF is so very much like they have been in the past, why bother? On the other hand, if they don’t resemble the group fans fell in love with, then they should be reworked and renamed. They’re not the Fantastic Four any longer.

It’s a tightrope I hope the new folks are up to walking. Familiar and yet different. This I have to see! What’s really going to matter is how the stories are told. If they’re rehashes of previous stories, I’m not going to be happy. If they’re something true to the original tales, like the FF encountering new cultures in odd places, I’m going to love it! After all, you can only go back to Wakanda a certain number of times before even that gets old.

This is going to take some creativity, much like the original Lee/Kirby stories. New cultures, new situations, new people — that’s what I’d really like to see. The First Family back to exploring! Yeah, that would be terrific!

The one thing I hope does NOT happen is the shuffling of the team’s line-up. I used to be able to tell when a character either needed a boost or was considered hot — they appeared in the FF. She-Hulk replaced Ben Grimm, for instance. No, no, no! That’s not the FF I know and love! If it happens in the first few issues, I’ll be heading for the door.

Again I say, if the only way you can tell stories is to change something basic in the team or the hero you’re writing, you’re on the wrong book! Make up your own new team or something instead!

As of this writing, we have no specific date in August when the new FF title will begin to appear in local shops. I’m sure we’ll learn more soon, though. At a time when Marvel is completely resetting and restarting their books, the FF has never been so badly needed!

What do you think? Are you ready for the FF to return? Are you happy with the new creative team? What are you hoping the series and the team be like? What don’t you want to see happen?  Be sure to share your thoughts in the space below!