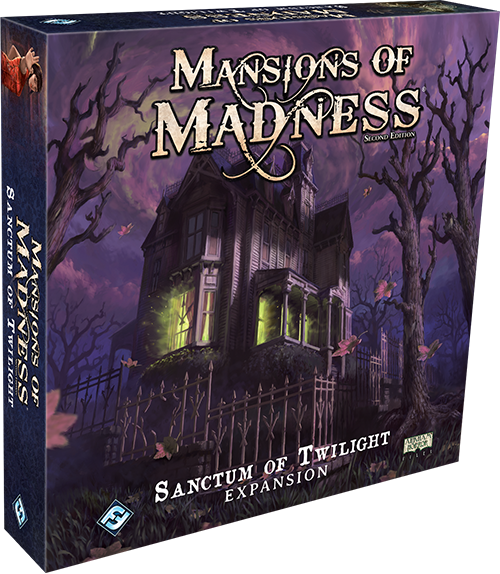 Mansions of Madness 2.0 is a very fun game that pits you against the horrors of Lovecraft’s world in an ever-changing series of mansions and locations designed to drive you insane. With the success of the electronic guided version of the game, Fantasy Flight has announced its latest expansion – Sanctum of Twilight. In the Sanctum of Twilight expansion, strange happenings harass the citizens of Arkham in the lead-up to the Twilight Fair. But unlike your previous investigations, where dangers sprung from beyond the reaches of reality, this time the threat arises from within the city itself. All signs point to the Order of the Silver Twilight, but its members’ power and far-reaching influence make them a risky subject, as you may discover in two new digital scenarios. Only the bravest or most foolhardy of Arkham’s investigators would even attempt such a feat.

Fantasy Flight adds two new characters to the game, Lily Chen and Charlie Kane, who have appeared in other Fantasy Flight games, as they deal with the Order of the Silver Twilight. Mansions of Madness 2.0: Sanctum of Twilight is available for pre-order for $29.95. The expansion is expected to arrive in the first quarter of 2018, which should be any day now.