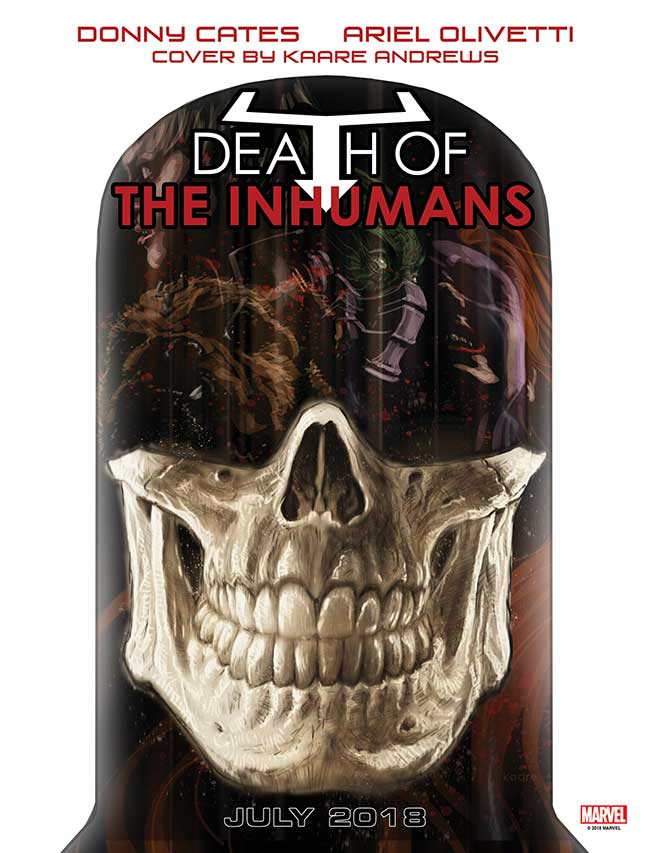 Marvel announces the Death of the Inhumans

Marvel has released a teaser image for the upcoming Death of the Inhumans from Donny Cates and Ariel Olivetti. You may remember the rumors flying around a few years ago that Ike Perlmutter, the CEO of Marvel Entertainment, was so upset that the company wasn’t getting as big a cut of the X-Men movie franchise that he “killed” off the X-Men (and the Fantastic Four) in retaliation. To fill the space, the Inhumans (who have been hanging around the Marvel Universe since 1965) were pushed to the forefront.  Now that it looks like Disney and 21st Century Fox are coming together, and the X-Men movie universe will return to the fold, it is interesting we are getting The Death of the Inhumans right now.

Yes, I’m sure Marvel PR and others will say this is not the case, but when you look back at this long crazy story has it has unfolded over the years, one can’t help but wonder if the above theory is actually the truth.

What do you think True Believers?