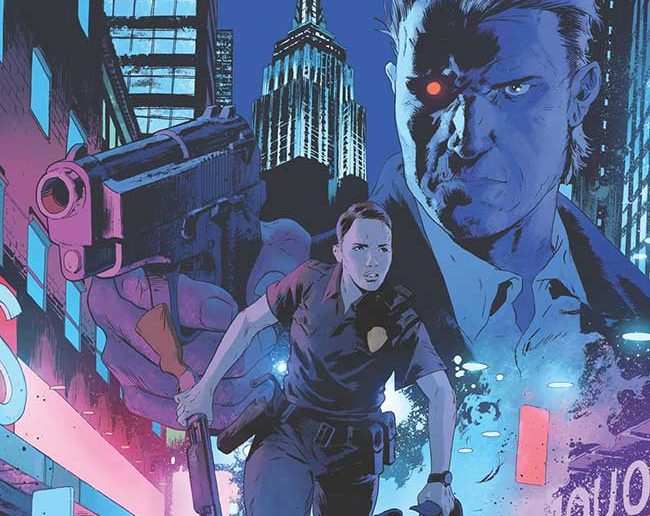 It seems like it has been years since the Terminator appeared in the pages of Dark Horse comics. This summer, Brian Wood and Jeff Stokely bring up the new four-issue mini-series, Terminator: Sector War.

Many are familiar with the story of The Terminator’s time-traveling quest to 1984 to kill Sarah Connor in Los Angeles. Adding a new spin to the timeline, Terminator: Sector Wars follows a second Terminator sent to 1984 New York City to take out NYPD Officer Lucy Castro, a rookie cop assigned to one of the worst sections of the city. When she faces off against the relentless T-800, she will have to rely on unlikely allies to survive till dawn as the machine that never sleeps stalks his prey through the city that never sleeps.