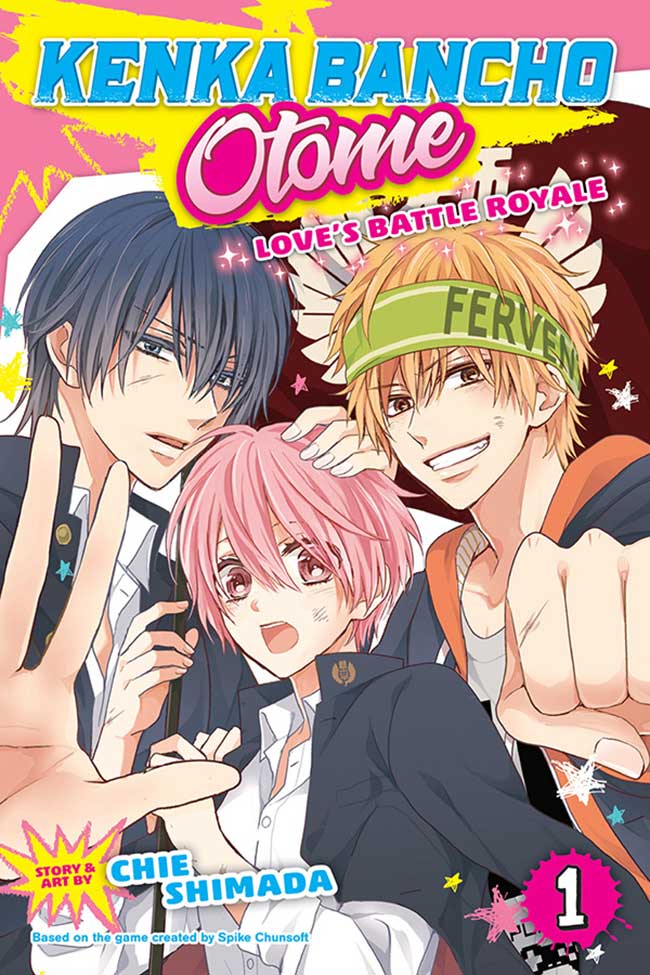 KENKA BANCHO OTOME is rated ‘T’ for Teens and will be published under the Shojo Beat imprint. It features story and artwork by creator Chie Shimada and is based on an original concept by Spike Chunsoft. Volume 1 carries a print MSRP of $9.99 U.S. / $12.99 CAN. KENKA BANCHO OTOME: LOVE’S BATTLE ROYALE is also available digitally via viz.com and the VIZ Manga App, as well as from the Nook, Kobo, Kindle, iBooks, comiXology, and Google Play stores. The final volume of the two-volume series will be released later this year.

Hinako thought she didn’t have any family, but on the day that she starts high school, her twin brother Hikaru suddenly appears and tricks her into taking his place. But the new school Hinako attends instead is beyond unusual. Now she must fight her way to the top of Shishiku Academy, an all-boys school of delinquents!

“KENKA BANCHO OTOME is a play on the fighting game genre, but in this series the heroine Hinako must battle the strongest guys in school to become the boss,” says Nancy Thistlethwaite, Senior Editor. “But she may break some hearts as well as noses along the way!”