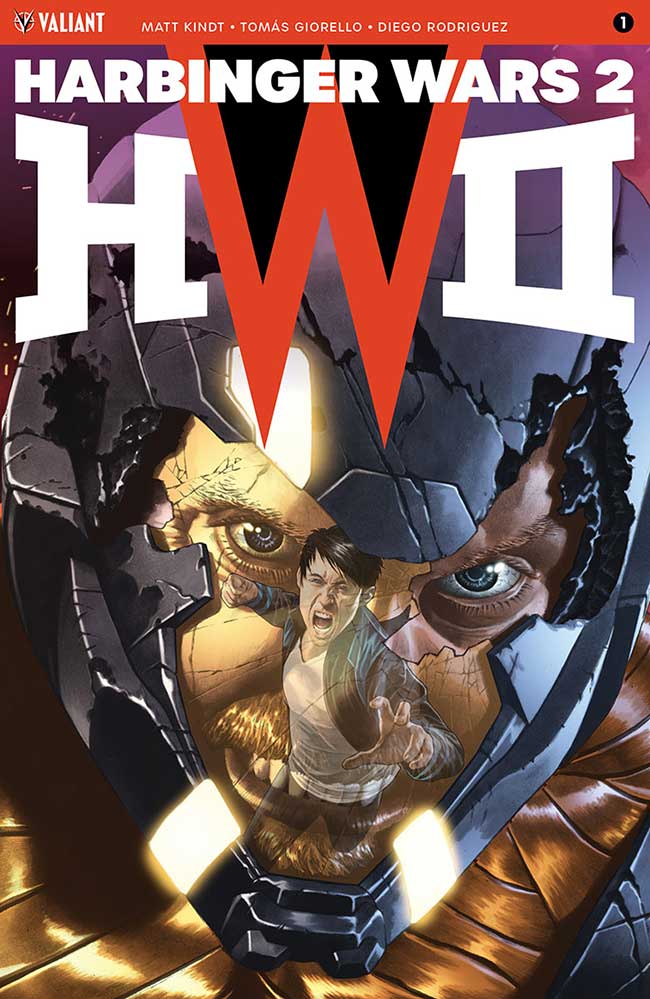 Here is your first look at Harbinger Wars 2 #1

Valiant Entertainment has released this first look at Harbinger Wars 2 #1, the first issue of the publisher’s summer event, that arrives on May 30, 2018.

HARBINGER WARS 2 #1 (of 4)
Written by MATT KINDT
Art by TOMÁS GIORELLO
Cover A by J.G. JONES
Cover B by MICO SUAYAN
Interlocking Variant by JUAN JOSÉ RYP
HW2 Icon Variant by FELIPE MASSAFERA
Brushed Metal Variant by LEWIS LAROSA
Blank Cover Also Available
$3.99 | 32 pgs. | T+ | On Sale MAY 30th
For the rare and immensely powerful subset of humanity known as psiots, their unique abilities have come with an enormous cost. Once, their existence was known only to a select few. Now, the revelation that thousands of these latent telekinetic “harbingers” secretly live among us…with the potential to become active at any moment…has led the American government to a dramatic tipping point…