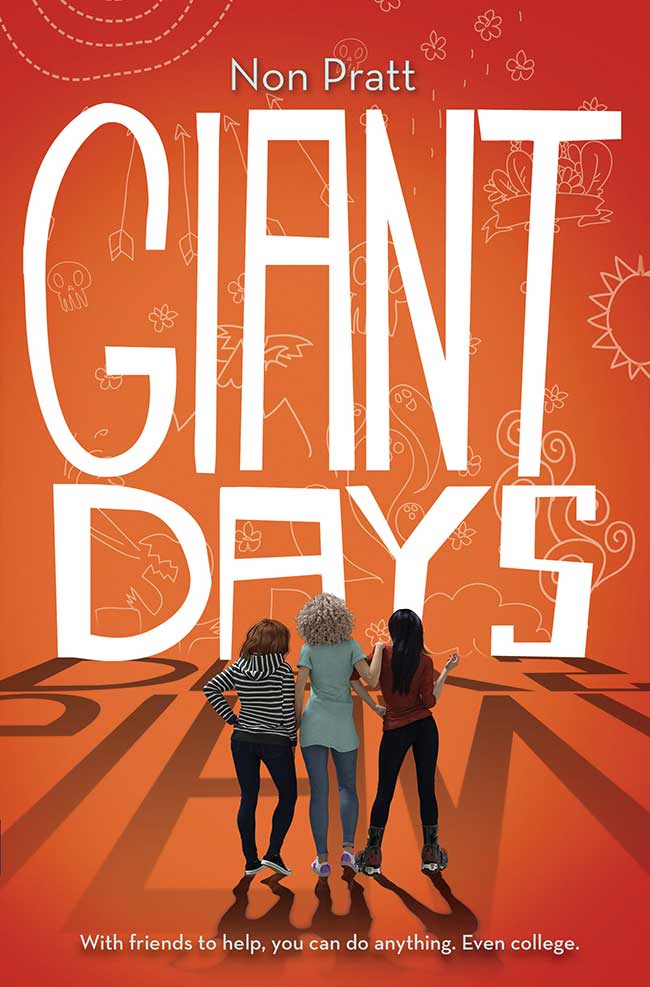 Andrew Smith, Senior Vice President and Publisher of Abrams Children’s Books and Abrams ComicArts has acquired a YA novel Giant Days which will be written by British author Non Pratt. Smith negotiated a deal for World Rights with Filip Sablik, President of Publishing and Marketing at BOOM! Studios. Giant Days will be based on the hit graphic novel series of the same name, which was created and written by John Allison, alongside artists Lissa Treiman and Max Sarin, from BOOM! Studios, also the publisher behind Lumberjanes. Since it launched in 2015, Giant Days has been nominated for two Eisner Awards and four Harvey Awards. The YA novel Giant Days follows the hilarious and heartfelt misadventures of three university first-years: Daisy, the innocent home-schooled girl; Susan, the sardonic wit and Esther, the vivacious drama queen. Publication is slated for Autumn 2018 on the Abrams Books for Young Readers list.

Andrew Smith had this to say about the acquisition:
“We’re big fans of the Giant Days graphic novel series here at ABRAMS. And we’re thrilled to have Non Pratt writing an original YA novel based on the comics–she brings a fresh and fun take on the adventures and friendships of the beloved characters. We expect it to be a big hit among fans and new readers alike!”

Author Non Pratt commented:
“I haven’t stopped recommending the Giant Days comics to everyone since I first discovered them myself – now I have another excuse to talk about three of the funniest, fiercest young women in literature. I can’t wait for YA readers to get to know Susan, Daisy and Esther the way that I have, finding out what first-term adventures are in store at Sheffield University. I’ve had far too much fun writing this I can’t believe it counts as work!”