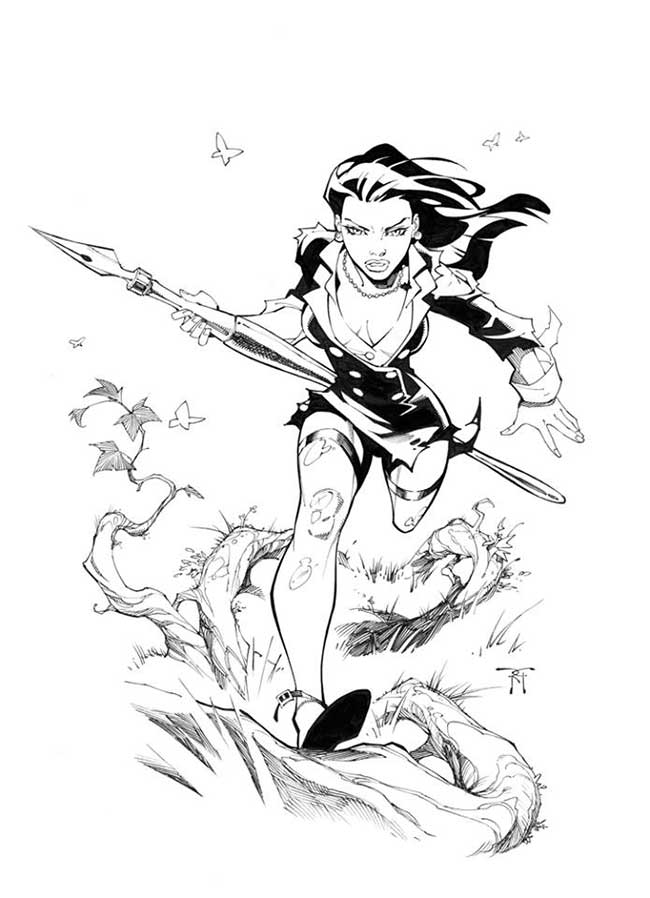 Inkwell Awards 10th Anniversary treat has been announced with Randy Green revisiting the spokesperson and mascot!

It’s been eight years since Randy Green co-created and designed their spokes-model Ms. Inkwell and he just finished penciling & inking a new image of Ms. India Wells; jungle girl on the prowl! The Inkwell Awards is the only existing official 501(c)(3) non-profit organization whose mission is to educate and promote the art form of comic-book inking, as well as annually recognize and award the best ink artists and their work. Now approaching its 10-year anniversary, the organization is overseen by a committee of industry professionals and assisted by various professional ambassadors and contributors. They sponsor the Dave Simons Inkwell Memorial Scholarship Fund for the Kubert School and host the Joe Sinnott Hall of Fame Award.