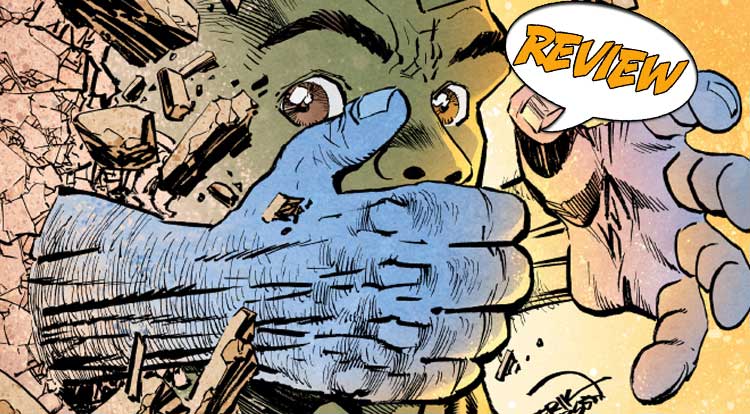 Malcolm Dragon has barely recovered from last issue, but now it’s time to face…  The Wraith!  And when they say ‘For Mature Audiences’, they are NOT kidding, folks…  Your Major Spoilers review of Savage Dragon #232 awaits! Previously in Savage Dragon: “Enter: the Wraith!  He can walk through walls! Nothing can hold him!  Nothing can stop him!  And only one man dares to try: Malcolm Dragon!”

AN INFORMATIVE TOUR OF TORONTO’S ISLANDS

After his beatdown at the hands of living love-dolls last issue (Yes, really), Malcolm Dragon awakens face-down in the surf, washed up on Centre Island, one of the Toronto Islands in the middle of Lake Ontario.  While Maxine and the kids worry at home, Malcolm gets a quick geography lesson about the makeup and major features of said islands, which is not only entertaining, but amusing as well.  (Also amusing, his line: “Malcolm…  SAVAGE Dragon was my father.”  Heh.)  In Dimension X, Jennifer, Angel and Alex finally find something to cover up with, thanks to Malcolm’s dimension double, Michael, who explains to them how Rapture took over her horde of cannibals and rapists and a little bit about the nature of multiple worlds.  Things get weird when The Wraith arrives to menace Toronto (his end is GRUESOME, you guys), and Maxine discovers something shocking (pun not intended, but kind of unavoidable) about her current pregnancy…

If you read Savage Dragon, you may know what you’re in for with this issue, but there are at least a couple of surprising moments to be had.  Wraith’s motivation is to avenge his late sister, who killed herself after being abused by their coach, as was Wraith himself.  When Malcolm offers to help, Wraith rages about how he’s an American, and the current occupant of the White House is proof enough for him of how Americans treat sexual assault.  There’s no actual nudity in this issue, but there is some sexual content in Casa Dragon and a little innuendo in Dimension X, but there is the usual bone-cracking action sequences and another terrible death.  Moreover, Dart has escaped from prison, she has a baby that looks like Dragon, and she may be on her way to avenge herself on the Dragon family.  Larsen’s Kirby-influences are in full swing this issue, especially in faces and body structures, with this month’s art feeling more…  finished, I suppose is the word, than the last couple of months’ drawing have.

In short, it’s a relatively uneventful day in the life of Malcolm Dragon, which is to say that a lot of things happen, and some of them are probably going to be terrible, and it’s all page-turning fun.  Savage Dragon #232 is definitely for adults only, but it’s well-written, it’s well-drawn and if you’re turned off by the politics, the sexual content or the violence, I want you to know that this is not the comic book for you, earning as it does 3.5 out of 5 stars overall.  As someone who has been reading this book off and on since the dawn of the Image Comics revolution, this is as consistently good a run as we’ve seen in years…

A strong issue that doesn't get too flashy or world-threatening, but manages to be an entertaining, well-drawn read anyway...