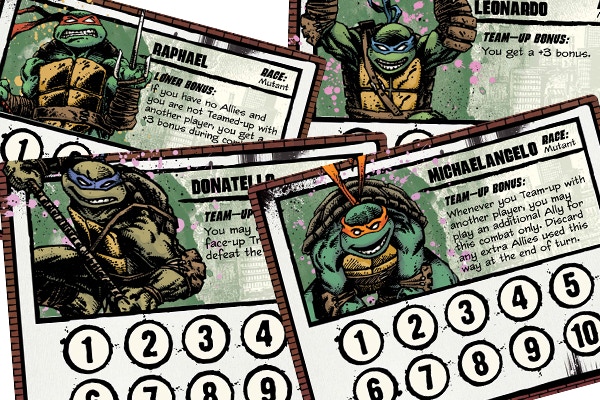 IDW Games needed to raise $10,000 for the game’s completion and release, and as expected with anything involving the Teenage Mutant Ninja Turtles, the company reached its goal easily.

The game based on the Steve Jackson Games Munchkin series allows you to play as Leonardo, Donatello, Michelangelo, and Raphael along with April O’Neil and Casey Jones.

Adopt special fighting styles and learn powerful Katas as you gain Levels and collect gear. The monsters of Munchkin have never been tougher, so now more than ever it’s important to team up with other players to unleash powerful abilities against your foes. Don’t want to let your friends get ahead? Team up with one of over a dozen different classic allies — from Master Splinter to Sally Pride!

The Kickstarter campaign has 13 days to go if you want to get in on the action. The base game (with rewards) will set you back $30.00.