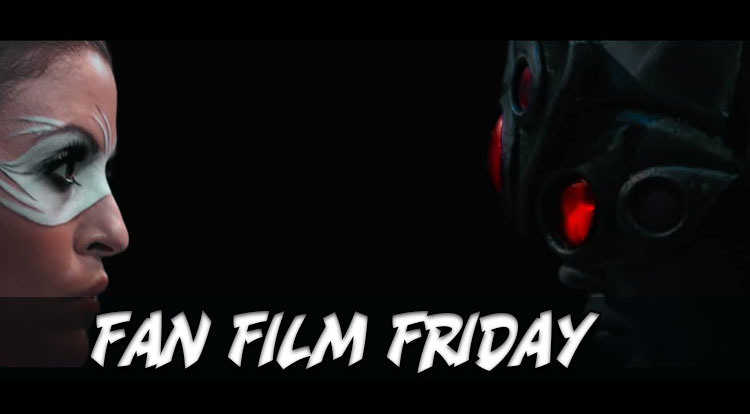 Time to step away from the Star Wars fan films and see what is going on in the gaming fan film world. Just released is Shadows: An Overwatch Film – Widowmaker that takes us into the world and lore of the game everyone can’t stop talking about.

“As Talon completes the transformation of the assassin Widowmaker, her former persona, Amélie, is slowly eradicated. An encounter with a shadow from her past, however, compromises Talon’s grip on her and proves to be the last hope for Amélie’s existence.”

Our newest Overwatch fan film, “Shadows” has finally arrived! Witness Widowmaker, Omnics, Soldier 76, and more in action in this latest installment of our fan film series!

Check out the other videos on our channel, including Heroes Never Die – an Overwatch Fan Film and The Gate. The latter of which is not related to overwatch, widowmaker, Mcree or any other Blizzard characters but is will warm your heart and put a tear in your eye. (gengi stop cutting onions)

We are so excited to finally bring you Shadows: An Overwatch Film!

DISCLAIMER: We are not associated with Blizzard Ent. in any way, and no profit has been, nor ever will be made from the distribution or viewing of this film. Widowmaker, Overwatch, Soldier 76 and any related names are the property of Blizzard Ent with all rights reserved for them exclusively.
This is a film by the fans, for the fans; a small token of appreciation and thanks for the world Blizzard has created for fans to explore.

overwatch2 #widowmaker #blizzconShadows: An Overwatch Film – Widowmaker Fan Film “As Talon completes the transformation of the assassin Widowmaker, her fo…

This may just be most aesthetic fan film I’ve seen in recent months. Creators are really stepping up their game, and if you have a fan film in production, you should use this as the new bar to jump over.