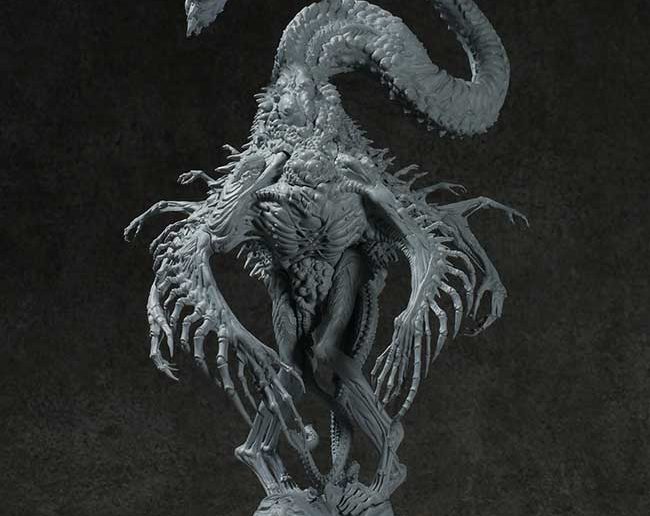 [Statues] Nyarlothotep gets a statue

If you are a fan of Lovecraftian horror, the Gecco Group has a new statue of Nyarlothotep that is worth checking out.

WARNING: You may lose Four Sanity if you take the jump.

So why is Nyarlothotep more popular in Lovecraft’s mind? Perhaps a trip down the Wiki-hole will provide some answers.

In a 1921 letter to Reinhardt Kleiner, Lovecraft related the dream he had had — described as “the most realistic and horrible [nightmare]I have experienced since the age of ten” — that served as the basis for his prose poem “Nyarlathotep.” In the dream, he received a letter from his friend Samuel Loveman that read:

Don’t fail to see Nyarlathotep if he comes to Providence. He is horrible — horrible beyond anything you can imagine — but wonderful. He haunts one for hours afterwards. I am still shuddering at what he showed.

I had never heard the name NYARLATHOTEP before, but seemed to understand the allusion. Nyarlathotep was a kind of itinerant showman or lecturer who held forth in public halls and aroused widespread fear and discussion with his exhibitions. These exhibitions consisted of two parts — first, a horrible — possibly prophetic — cinema reel; and later some extraordinary experiments with scientific and electrical apparatus. As I received the letter, I seemed to recall that Nyarlathotep was already in Providence…. I seemed to remember that persons had whispered to me in awe of his horrors, and warned me not to go near him. But Loveman’s dream letter decided me…. As I left the house I saw throngs of men plodding through the night, all whispering affrightedly and bound in one direction. I fell in with them, afraid yet eager to see and hear the great, the obscure, the unutterable Nyarlathotep.

Will Murray has speculated that this dream image of Nyarlathotep may have been inspired by the inventor Nikola Tesla, whose well-attended lectures did involve extraordinary experiments with electrical apparatus and whom some saw as a sinister figure.

WHAAAAT! NIKOLA TESLA!? That is something that hadn’t clicked with me in a long time.

With that knowledge under our belts, how does the interpretation of the character stand up in statue form from Gecco Group?

Distinctly unique from other gods in Cthulhu Mythos, Nyarlathotep appears in the guise of a human bringing madness and chaos to Earth.

Its form is constantly changing, sometimes an Egyptian prophet, and other times a tall skinny man coming out of the shadows.

For this model kit, it is disguised as a physicist researching nuclear weapons and has just shed its old skin. 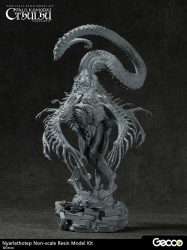 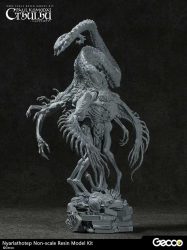 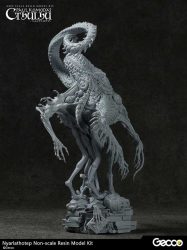 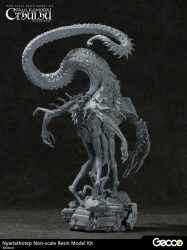 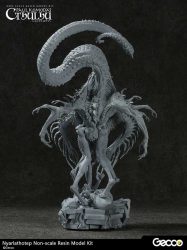 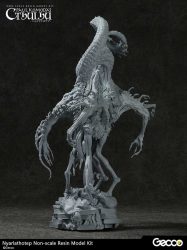 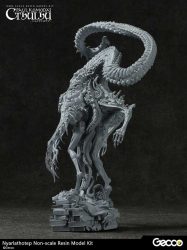 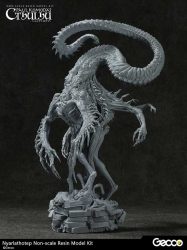 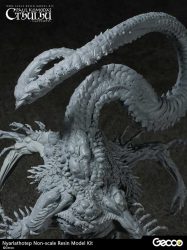 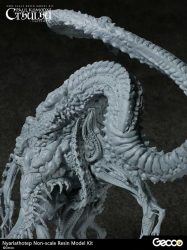 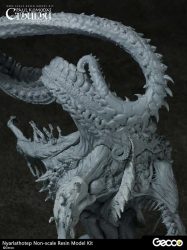 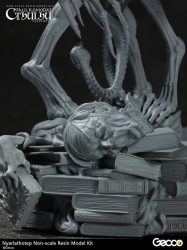 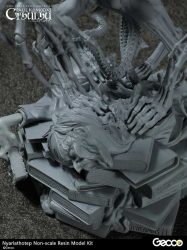 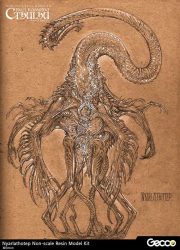 The statue is designed by Paul Komoda, and sculpted by Daisuke Manno. This model kit (which requires you to assemble and paint), arrives in April 2018 with a $229.99 price tag.