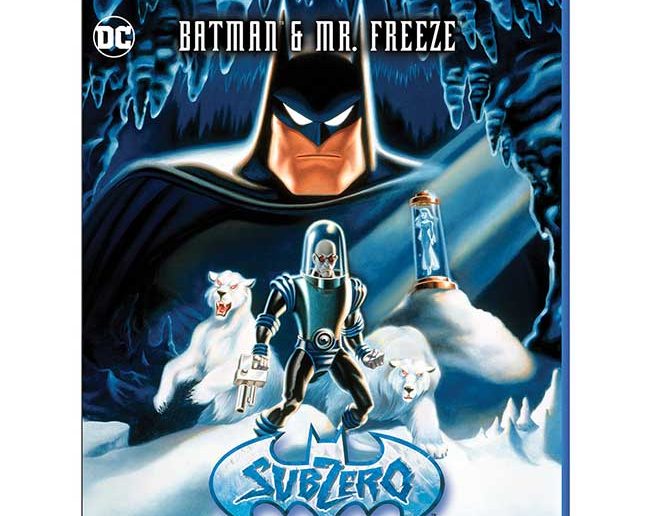 It’s been 25 years since Batman & Mr. Freeze: Sub-Zero arrived as a direct-to-video release, and now Warner Bros. is releasing the movie on Blu-ray.

In Batman & Mr. Freeze: Sub-Zero, Batman faces his coolest case ever when Mr. Freeze returns to Gotham City and kidnaps Batgirl. While unraveling the mystery of Batgirl’s disappearance, Batman and Robin discover that she is part of Mr. Freeze’s frigid plan to save his dying wife – no matter what the cost. With time running out, Batman and Robin must find Gotham’s most cold-blooded villain and prevent him from putting Batgirl “on ice” forever.

Sub-Zero was certainly an under-rated movie, that over the last 25 years has gained quite the cult following.

Unfortunately, because Sub-Zero was a direct-to-video release, it was only formatted in the 4×3 ratio, and that means the movie is going to be up-scaled to Blu-ray. On the plus side, the Blu-ray will also include Art of Batman: Music Montage; Get the Picture: How to Draw Batman; the film’s theatrical trailer; and the Batman: The Animated Series/The Bew Batman Adventures/Batman Beyond “Mr. Freeze Saga” in chronological order – four episodes entitled “Heart of Ice,” “Deep Freeze,” “Cold Comfort” and “Meltdown.”