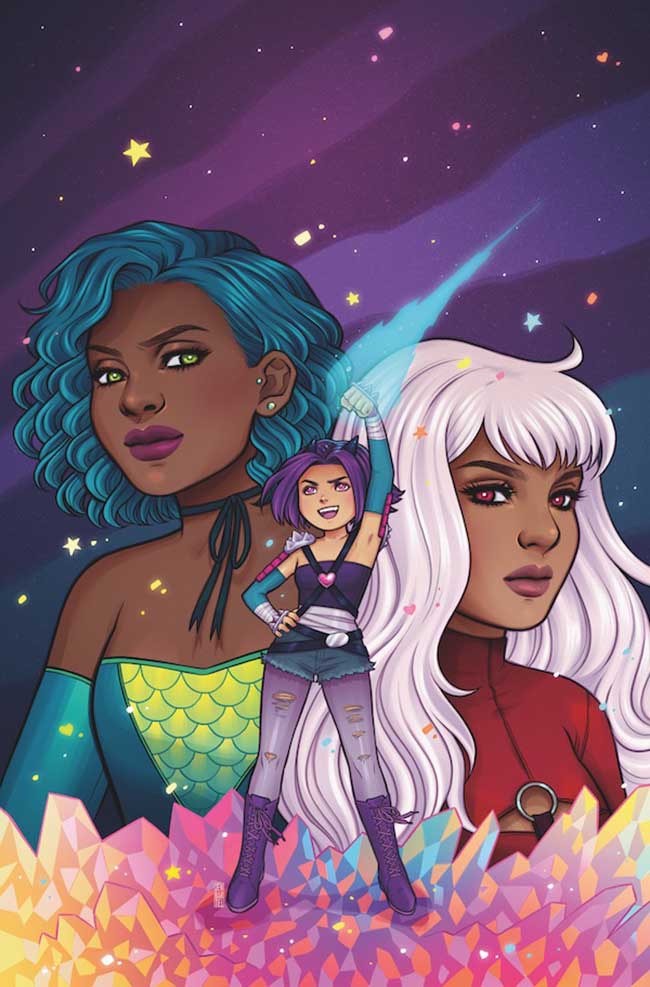 This fall, Dark Horse Comics will collect the webcomic series, Crystal Fighters by Jen Bartel and Tyler Bartel, into a print collection.

Crystal Fighters follows a bored teen named Stella who has grown up in a world fully immersed in virtual reality games. But like many teens, her parents restrict her gaming to safe “age-appropriate” games. Enter “Crystal Fighters,” a magical girl game filled with bright colors and nauseating positivity. But for Stella, things take a turn for the interesting when she discovers an underground magical girl fight club within the game that adds a whole new level of thrills and danger to her once mundane gaming experience. But the phrase “be careful what you wish for” soon takes on a whole new meaning as she discovers a dark side to the magical girls as she is pulled into a series of tournaments in the virtual reality game that could have real-world consequences. The Crystal Fighters trade paperback is scheduled to arrive in stores on August 29, 2018.