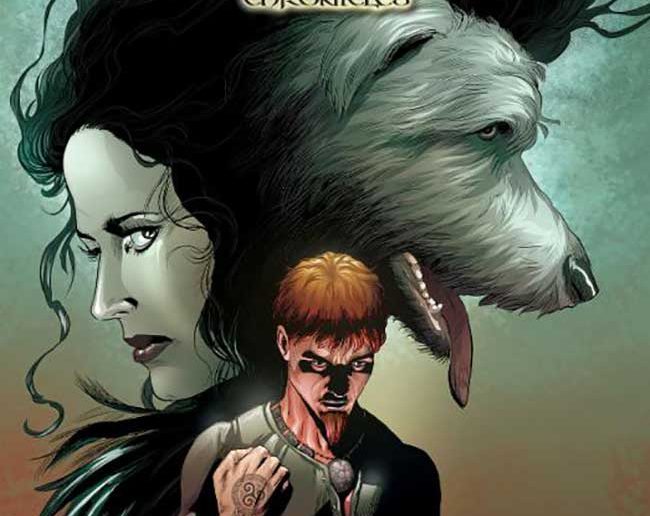 Dabel Brothers Publishing will soon release the first in a set of visually stunning comic book adaptations from the Iron Druid Chronicles series by renowned urban fantasy author Kevin Hearne. The first comic, Hounded, #1, will be available for pre-order from comic book shops nationwide on March 28, 2018, in stores April 25th and will introduce the setting and characters from the book series.

Hounded tells the story of Atticus O’Sullivan, a centuries-old Druid living in modern-day Arizona and doing his best to avoid detection by certain longtime enemies. But his luck has run out, and now he must call upon a handful of unlikely allies to help him safeguard a magical sword from an angry Celtic god hell-bent on stealing back the weapon for his own evil purposes.

“We can’t wait for fans to get their hands on this series,” said Ernst Dabel, President of Dabel Brothers Publishing. “Hats off to Kevin for creating such an amazing story and characters with the Iron Druid Chronicles. Hounded #1 is exactly what we envisioned when bringing Atticus’s story to life, and we hope the readers love it as much as we do.” 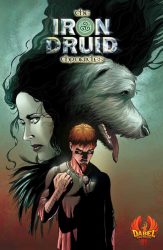 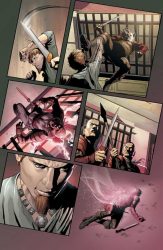 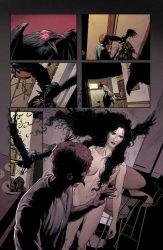 In addition to the nine-book Iron Druid Chronicles series (Scourged, the final book, is due out April 3, 2018), Hearne recently released A Plague of Giants, the first novel in his epic fantasy trilogy titled The Seven Kennings. Hearne’s Heir to the Jedi: Star Wars novel also spent time on the New York Times best seller list, and he recently completed Kill the Farm Boy, written in collaboration with fellow NYT bestselling author Delilah S. Dawson. It is due out July 17, 2018.

The Hounded comic series will be distributed by Dabel Brothers directly to comic retailers and the graphic novel by Ingram Publisher Services to bookstores nationwide. The first 500 comic book retailers to place an order will receive additional free copies and enjoy free shipping.