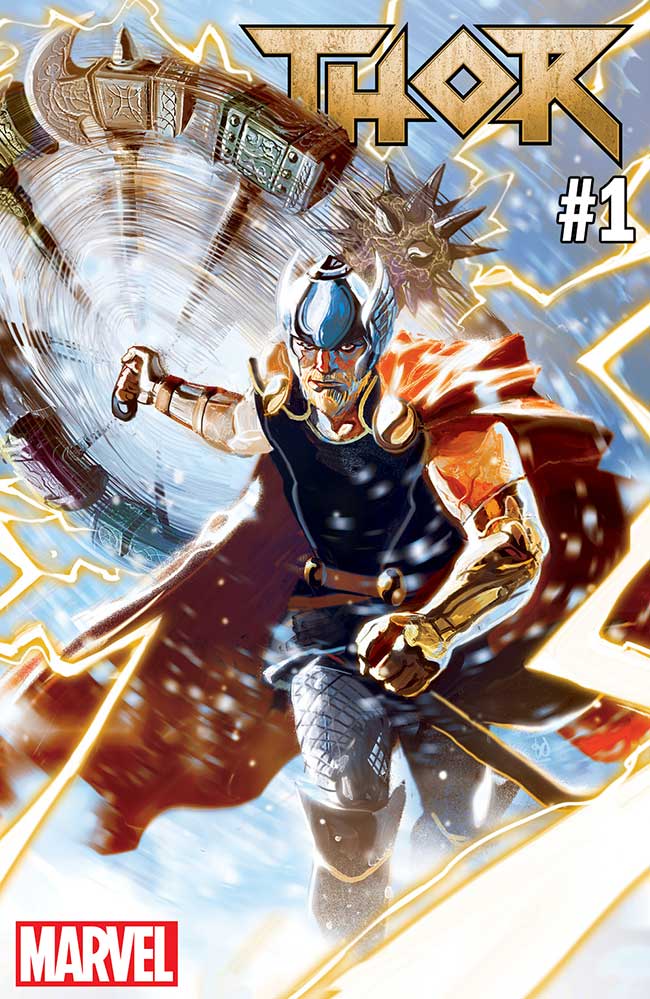 As hinted in the May solicitation information, Marvel is bringing us an all-new Thor series. You don’t have to wait too long, as Thor #1 is set to arrive in June, 2018.

The new Thor series will be written by Jason Aaron with art by Mike Del Mundo.

“With these new #1 titles for some of our key franchises, we’re going to bring big, new and exciting stories to our core characters,” said SVP and Executive Editor Tom Brevoort. “And rest assured — the modern characters you know and love aren’t going anywhere. Their stories will continue in the Marvel Universe with more epic milestones. You won’t want to miss what’s coming…we may even have a Thor 800 when the correct time arrives!”

If that statement doesn’t explain a lot more about what is going on, I don’t know what does. Remember, re-numberings are in flux as Marvel has stated it will put both new and legacy numbering on titles in the future. So yes, I expect Thor #800 to arrive sooner rather than later.