To celebrate the 100th birthday of Mickey Spillane, Titan Comics has announced a new Mike Hammer comic book series based on the writer’s most famous detective. Mickey Spillane’s Mike Hammer will be part of the publisher’s Hard Case Crime imprint.

The first series to be released is “The Night I Died,” which is based on an unproduced 1950 screenplay written by Spillane. Max Allan Collins will adapt the story, with Marcelo Salaza providing art, and Marcio Freire on colors.

When a chance encounter with a captivating femme fatale leads to a violent mob retaliation, hard-boiled detective Mike Hammer finds himself dodging both bullets and broads as he undertakes the most dangerous case of his career. 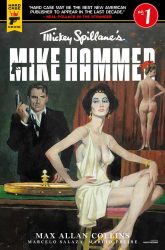 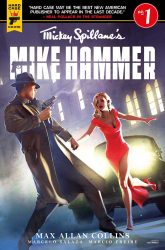 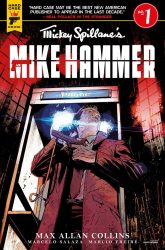 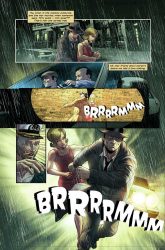 Additionally, Titan Publishing has a number of books that will join the Mike Hammer lineup.  Titan Books will publish Killing Town, the very first Mike Hammer novel, begun by Spillane around 1945 and recently completed by Collins. Killing Town had been set aside by Spillane to write his and Hammer’s famous 1947 debut, I, The Jury. Hard Case Crime also plans to release The Last Stand — Spillane’s never-before-published final novel — was completed by Spillane just before his death in 2006.