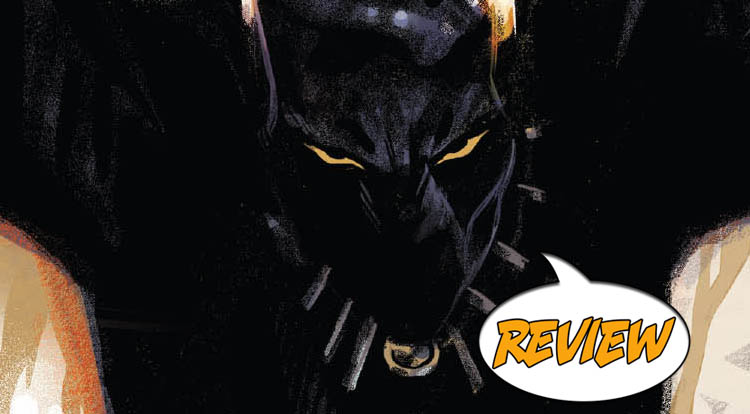 King T’Challa is a major movie star now, and his first official annual features creators from his past returning to Wakanda once more…  Your Major Spoilers review of Black Panther Annual #1 awaits! Previously in Black Panther: “Three legendary BLACK PANTHER writers return to Wakanda!  Don McGregor’s famous storyline “The Panther’s Rage” has become one of the most well-respected runs in comic book history.  Now, the author who redefined Wakanda for a generation is back to expand the mythos!  Bearing the heart-shaped herb that defines the Panther legacy, King T’Challa leaves his beloved country for a heart-wrenching mission in the streets of New York.  Then: For half a decade, comics legend Christopher Priest made his mark on the Panther.  The acclaimed writer returns with an all-new story – and with it, of course, U.S. State Department employee Everett K. Ross!  And finally, no Panther history would be complete without Reggie Hudlin, author of more than 50 Black Panther stories, including the famed “Who Is The Black Panther?”  Don’t miss the sequel to his “Black to the Future” story, featuring original artist Ken Lashley!”

It’s interesting to think about all the varied takes on the Black Panther since his 1966 debut, but it’s also important.  The top-tier characters, traditionally, didn’t always have the kind of wild back-and-forth swings that secondary characters did, and the Panther was a secondary for a long time.  First off, we get a flashback to the circa-2000 Christopher Priest Black Panther, in a story that brings back Everett K. Ross (who is now, he wants you to know, a C-7 agent of SHIELD and doesn’t have to “kitty-sit” anymore) for a flashback tale that reminds me just how many supporting characters just up and disappear when the next revamp begins.  It’s a story full of emotion and regret, with well-done art by Mike Norton that gives us a very leonine Black Panther.  Don McGregor’s contribution is shown as an alternate past story, but it’s really just a coda to the legendary ‘Panther’s Rage’ arc, featuring the story of what happened to one of the major players in that story.  It’s a very touching, very sad tale of loss and mourning, dedicated to Billy Graham and Rich Buckler, McGregor’s collaborators on 70s Black Panther, both of whom have passed away.  Reggie Hudlin’s story is the real surprise for me, featuring a future Black Panther explaining to his grand-daughter how he came to rule the world, featuring a shocking (but fitting) final panel…

The real magic here comes in realizing that each of these stories is extremely short (Priest & McGregor each give us 12 pages, Hudlin 8) but each is powerful and moving in its own way.  I found McGregor and Acuña’s story the most meaningful, but that’s probably because I have the most connection to his Black Panther era, but each of these is a class in how to get a lot of storytelling done in just a few pages.  Artwise, there isn’t a weak link to be had, though there are a few moments in Lashley’s chapter where you have to put in a little extra effort to make the storytelling work, but even that is worth the time (especially given the helmet on display in the last panel of ‘Black To The Future.’)  This issue serves as an example of what annuals were when I was young, a double-sized book full of interesting stories that don’t have to tie into the regular continuity, but this one does double-duty as a look back to several different eras of T’Challa’s long career, and it ends with a list of Black Panther collections to allow new readers to find more of his history.  That’s a smart move…

Fifty-two years after his debut, Black Panther Annual #1 shows the range that the character has, features some excellent art, some really well-done story and makes it entirely clear how cool this particular character is, earning a well-deserved 4.5 out of 5 stars overall.  If you’re wondering where you can find an entry point to the long and storied history of the Black Panther, this issue should give you some places to start…

T'Challa's past, present and possible future, all presents by talented artists and classic Black Panther scribes. Well worth the cover price.