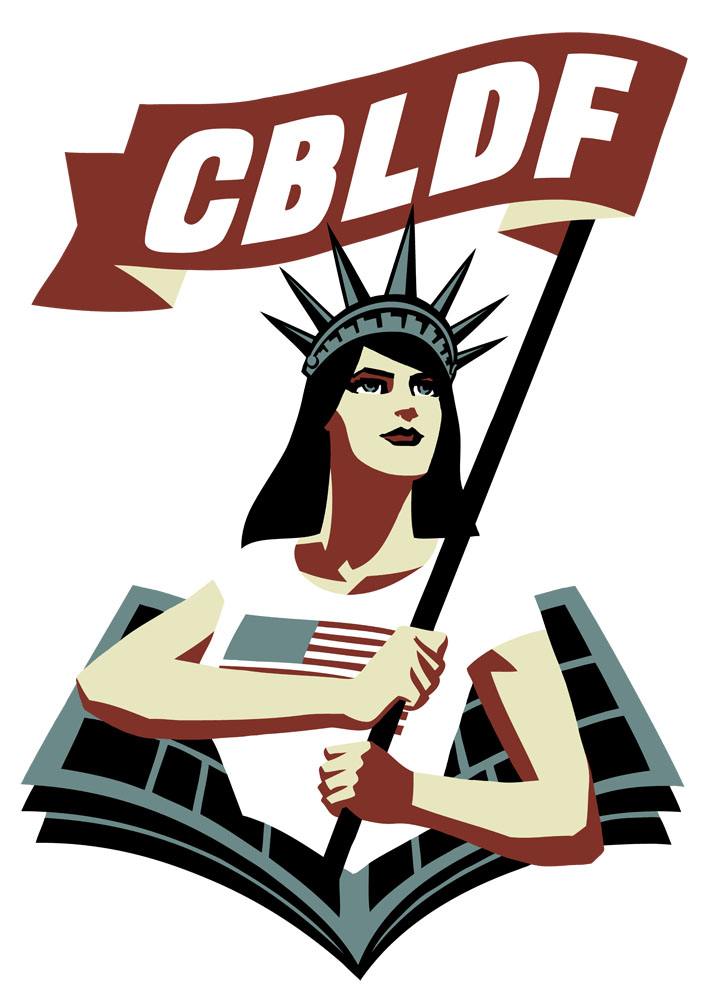 The Comic Book Legal Defense Fund, a non-profit organization dedicated to protecting First Amendment rights, is proud to welcome Ted Adams to its Board of Directors. As founder and CEO of IDW Media Holdings, Adams oversees one of the nation’s leading comics publishing brands whose dedication to developing new readers, preserving comics history, and providing avenues for important creative voices to flourish aligns with CBLDF’s important work of protecting the freedom to read comics.

Adams remarks, “The freedoms we have because of the First Amendment can only survive if everyone knows and understands their rights, and if we’re willing to fight to keep them. I’ve long admired the work the CBLDF does to achieve those principles. My goal is to help the office team and Board continue to educate the comics community about their rights and to be there to defend those rights whenever and wherever necessary.”

CBLDF President Larry Marder says, “Ted’s dedication to free expression is matched only by his entrepreneurial zeal and prudent business acumen. Our career paths have crossed often, but never so meaningfully as they do now when we join forces to advance CBLDF’s important work!” For more than thirty years, Comic Book Legal Defense Fund has protected the First Amendment rights of comics field and developed powerful education efforts in the service of the community. In 2017, CBLDF responded to more than thirty censorship cases while developing important resources including Panel Power – a handbook for parents about the value of comics in encouraging literacy. In 2018, the Fund will maintain its readiness in legal emergencies, while developing new programs, including Retailer Rights Workshops, a touring series of training events for comic store staff that illuminates the law and best practices for protecting the right to sell creative content. To learn more about CBLDF, please visit www.cbldf.org.

Ted Adams is the CEO of IDW Media Holdings, which includes IDW’s publishing, games, and entertainment divisions – all founded by Adams — as well as CTM Media, a digital print and advertising firm. As the CEO of IDWM, Adams develops and oversees the execution of IDWM’s strategic growth plans, including development of its key media properties, publishing titles, and licensing initiatives.

Since founding IDW Publishing in 1999, IDW has been awarded “Publisher of the Year” five times by Diamond Comic Distributors and dozens of Eisner and Harvey Awards. IDW titles have also been regularly featured on the New York Times Best Seller List.

IDW, through its Top Shelf division, publishes Congressman John Lewis’s three-volume graphic novel autobiography, March. The March trilogy of books have won many awards including the National Book Award – the first time a graphic novel has received that prestigious honor, multiple Eisner and Harvey Awards, four American Library Association awards, and was named the #1 non-fiction book of 2016 by Time magazine.

IDW Entertainment launched in 2013 and has seen two shows on air in the US – Wynonna Earp on Syfy and Dirk Gently’s Holistic Detective Agency on BBCA. Adams is an Executive Producer on both of those shows. Wynonna Earp was named one of the Top 20 new shows of 2016 by Variety magazine and was nominated for a GLAAD award in 2016 and 2017.

Adams is also on the Board of Directors of Traveling Stories, a San Diego based non-profit that helps children in underserved communities fall in love with reading.

Adams has a Bachelor’s Degree in Business from Southern Oregon University and an MBA from the University of Notre Dame.