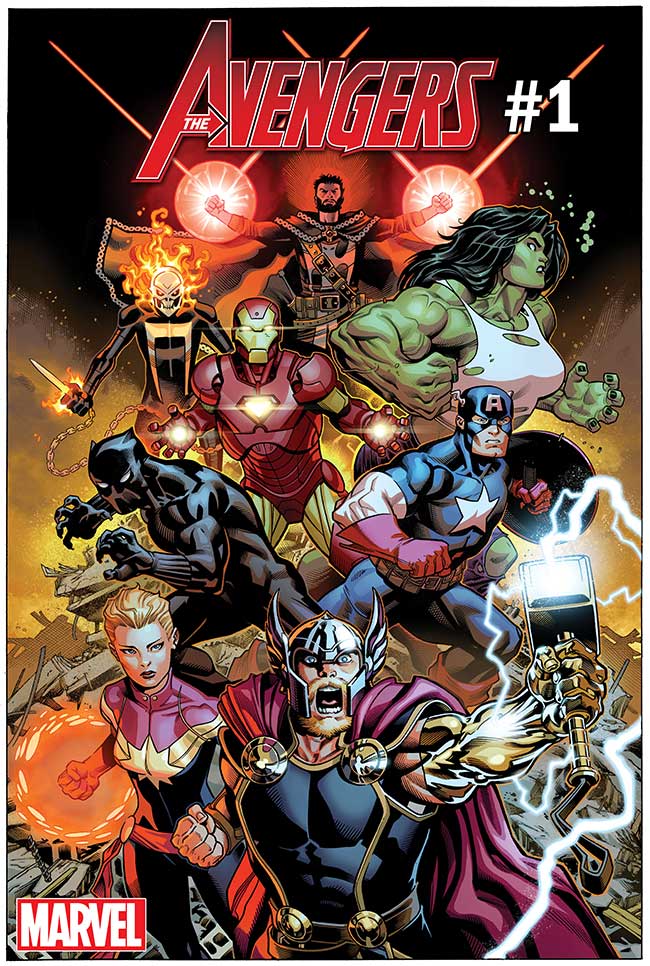 Yesterday, Marvel dropped a huge teaser on the future of Marvel beginning with the May titles.

While the idea of new number ones and new creative teams was enough to make some people roll their eyes, others were more excited about who and who wasn’t part of the Jim Cheung artwork on display.

Ahead of tomorrow’s Marvel solicitations release, SVP and Executive Editor Tom Brevoort, shared a bit more information on what is going on.

“Over the next couple of weeks, we’ll be rolling out new beginnings for a few of our key franchises—new creative teams, new starting points, new storylines—all the big stuff that we’ve been building towards since LEGACY began,” said SVP and Executive Editor Tom Brevoort. “This isn’t a clearing of the slate—while these new starts will kick off with new #1s, we’ll be maintaining the classic LEGACY issue counts as dual numbering on these titles as well. Oh, and don’t read anything into not seeing a character on the Jim Cheung piece…we can only squeeze so many characters onto there without killing poor Jim!” First up is Avengers #1.

That will be followed a week later with Venom, one of the first titles to use the Legacy numbering system when Marvel Legacy was a big deal.

With the new information in hand, have you changed your mind after yesterday’s announcement, or does it remain the same?