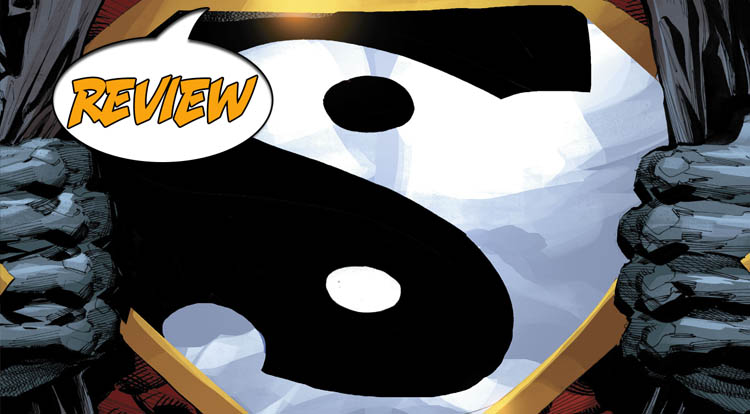 New Super-Man And The Justice League Of China #20 Review

A change in the book’s title also heralds a new era for Kenan Kong.  But is the New Super-Man to his new role in the grand scheme of things?  Your Major Spoilers Review of New Super-Man and the Justice League Of China #20 awaits! NEW SUPER-MAN AND THE JUSTICE LEAGUE OF CHINA #20

Previously in New Super-Man: “It’s the dawn of a new era for the Justice League of China!  The New Super-Man of China and his teammates have struck out on their own, and even the Ministry’s newly formed Lantern Corps is no match for this renegade force to be reckoned with!  But as China’s superhero community reorganizes itself, trouble is brewing in North Korea… and from the depths emerges a new metahuman that will change everything.”

THE ETERNAL BALANCE BETWEEN YANG AND YIN

We open with Super-Man deep in meditating, trying to balance the forces that empower him, feeling like he is on the verge of a spiritual break-through…

…when he gets hit with a Cheeto.  The Flash has arrived to let him know there’s a new emergency: Sleez is attacking!  Along with Bat-Man and Wonder-Woman, they engage the lost Apokoliptian in battle, only to get interrupted by the Lantern Corps of China, newly empowered agents of the Ministry of Self-Reliance who have been sent to take in both Sleez and the renegades of the JLC.  During the chaos, Super-Man and Flash have a very confused kiss (that may or may not have anything to do with Sleez’s emotional control powers.)  Meanwhile, in Korea, a young man gets abused by corrupt government agents until he transforms into a giant crab creature and goes on the run, leading to a very unusual final page cliffhanger.

Kenan’s new costume is really lovely, and the symbolism in both his new S-shield and the one he has left behind are nicely subdued but integral parts of this story.  Best of all, this issue is really all about character, as Kenan and Avery/Flash deal with their feelings and the boy who will probably be the JLC’s Aqua-Man is equal parts terror and confusion.  Brett Peeples art is lovely as well, delivering on the premise of teen and young adult heroes without resorting to cartoonish short-cuts and devoting a strong story-telling eye to the combat sequences.  A sequence involving Kenan communing with the ghost of I-Ching and his opposite number, All-Yang, is equally excellent (as well as unnerving) and explains a new wrinkle in Super-Man’s use of his powers…

This book hits a really sweet spot for me, dealing in continuity and history while cutting new ground, reminding me of books like ‘Chase’ and ‘Young Heroes In Love’ back in the 1990s.  That also means I’m terribly worried about its survival and whether it will stay part of the DC Universe in the long run, which is a shame since New Super-Man and the Justice League of China #20 is a good read, with lovely art and excellent use of characters, earning 3 out of 5 stars overall.  If you’re not reading it, I recommend it, especially if you’re into the weird and arcane side of comics and the sort of books that do superhero stories in new and different ways…

NEW SUPER-MAN AND THE JUSTICE LEAGUE OF CHINA #20 Writer:

A new status quo, a talented new artist, intricate and clever plotting plus the ingenious use of some old DC characters makes for a nice read...