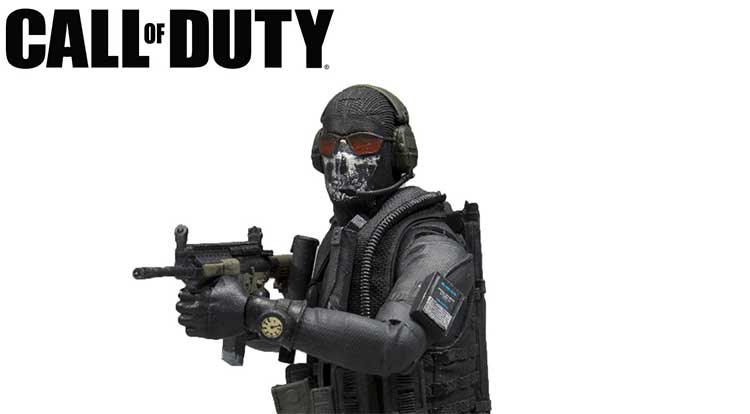 “The cool thing that we’re particularly excited about is how these collectible figures tap into the great characters, who we all know and love from Call of Duty. This franchise has delivered incredible experiences full of iconic and memorable characters, and we’re delighted to bring these characters to life as collectibles to fans,” said Todd McFarlane Owner and CEO of McFarlane Toys.

McFarlane Toys will display the new Call of Duty figures at International New York Toy Fair February 17th – 20th in booth #2775. Showroom is by appointment only.

For updates and breaking news regarding McFarlane Toys, fans can visit www.mcfarlane.com as well as check out the McFarlane Toys social media channels.

ABOUT MCFARLANE TOYS:
Grammy-and Emmy-winning producer/director Todd McFarlane, creator of Spawn, is the creative force behind McFarlane Toys, one of America’s top action figure manufacturers. McFarlane Toys has become an industry leader, redefining the standards within the action figure market. For complete information on this pop-culture powerhouse, visit http://www.mcfarlane.com; http://www.facebook.com/mcfarlanetoys; http://www.twitter.com/Todd_McFarlane and http://www.instagram.com/mcfarlane_toys_official.

ACTIVISION, CALL OF DUTY, and MODERN WARFARE are trademarks of Activision Publishing, Inc.