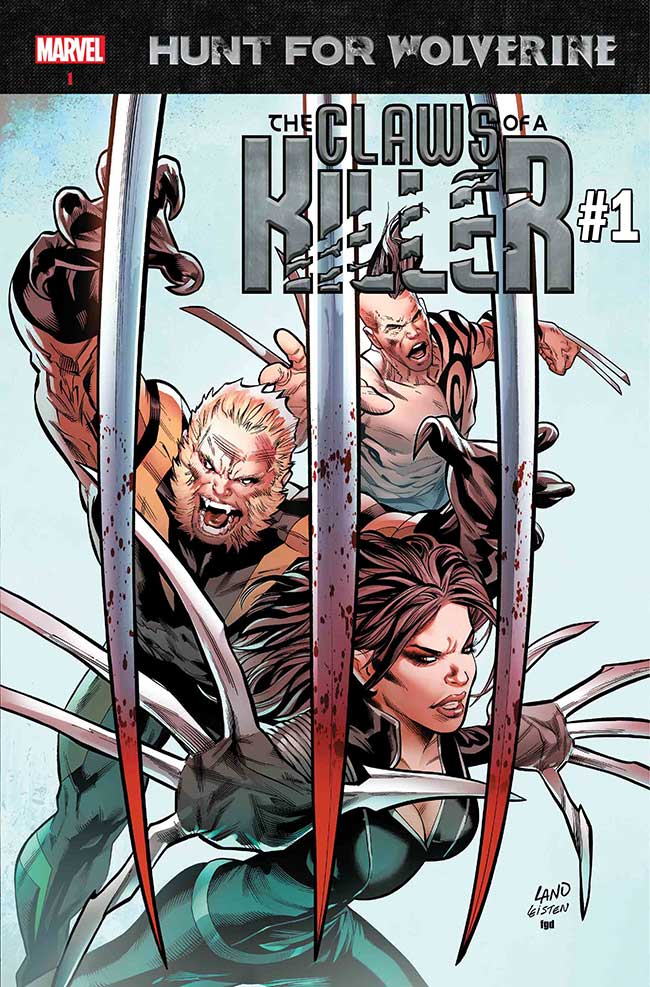 We all know A Wolverine is back, but is he really THE Wolverine? The hunt for Wolverine kicks into high gear in May with four new mini-series from Marvel.

“I’ve been holding my tongue, just waiting to announce this project and team of ultra-talented creators,” said series editor Mark Paniccia in a press release. “While these stories all reveal clues to the larger mystery behind Wolverine’s return, the writers all have some pretty huge moments planned that will have X-MEN fans talking and debating for some time to come.”

Featuring classic Marvel characters from Daredevil to Kitty Pryde to Spider-Man to Iron Man, major Marvel heroes will become part of Wolverine’s mystery as they try to track down Logan and figure out his secrets. But with answers come more questions…and with reveals come even more mysteries. Every clue leads to another twisting road and each story will provide fans with another tantalizing piece of the puzzle that will lead readers closer to finding out the real truth!

It is interesting this is playing out across four mini-series instead of a main book, but perhaps this is the way to approach the story instead of having multiple tie-in issues in other books that simply frustrate readers and collectors.

Here is the breakdown of books arriving in May: HUNT FOR WOLVERINE: CLAWS OF A KILLER (#1-4)
Written by MARIKO TAMAKI
Art by BUTCH GUICE Is everyone ready for the return of Wolverine, or has his many appearances as Old Man Logan and in other places already ruing the storyline for you?