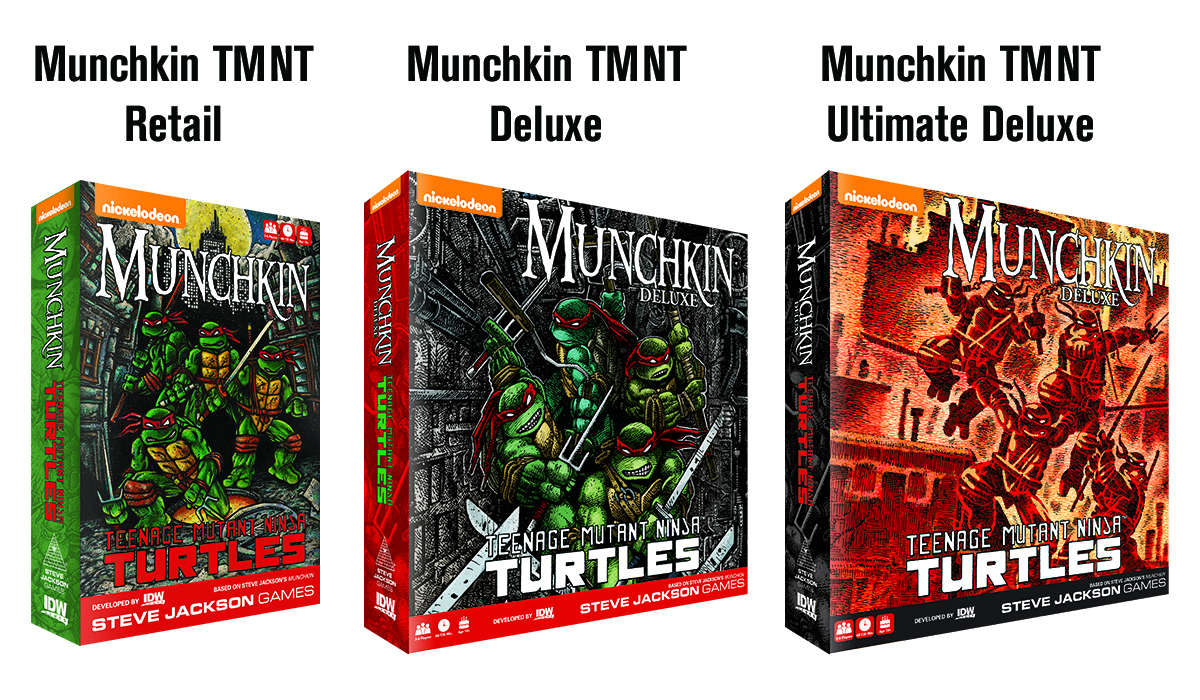 Well, I have been trying to avoid Kickstarter for a while, but it looks like I’m going to be drawn back in, as I try to get one of the three sets being release – Munchkin TMNT Retail, Munchkin TMNT Deluxe, and Munchkin TMNT Ultimate Deluxe (the one I’ll probably get).

If the Kickstarter completes, which I expect it will within hours of launch, the SRP for the standard release will be $24.95, and will arrive in June 2018.