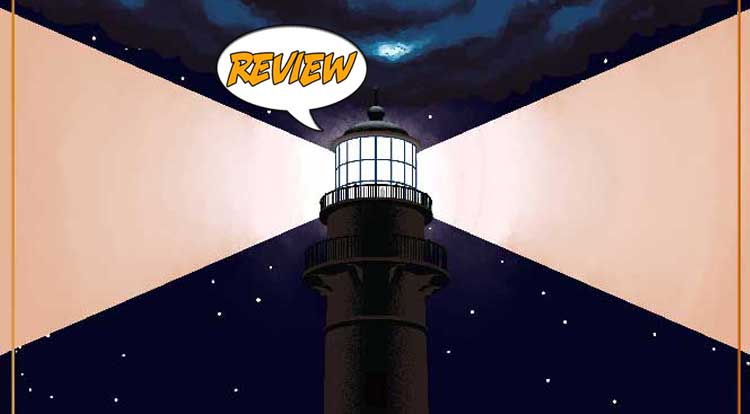 Every ninety years, twelve gods return as young people.  They are loved.  They are hated.  In two years, they are all dead.  The year is 1923.  It’s happening now.  It’s happening again…  Your Major Spoilers review of The Wicked + The Divine 1923 awaits! Previously in The Wicked + The Divine: “Basically, a bunch of 1920s gods based on major modernist figures stuck in the middle of an Agatha Christie murder mystery, done in a comics-prose hybrid that’s clearly trying to start a fight with JONATHAN HICKMAN.  (Yeah, you heard, Jon. Come at us, bro.)  It’s high art versus low art, with the most beautiful AUD KOCH artwork the world has ever seen.  We’re so excited, we may have to have a lie down.”

When I picked up this comic, I was not expecting to read fifty-odd pages of prose (or, honestly, 40 pages of prose and some beautifully drawn traditional comic pages) but I have to say, this is the kind of surprise I like in my comics.  As this issue opens, the Pantheon of 1923 (last seen in WicDiv issue #1) arrives on Neptune’s island for a confab, only to find Lucifer dead in the dining room.  What follows is a fascinating parallel to the modern events of The Wicked + The Divine, but then again, they share the same Ananke, who is a large part of both tales.  As thing unravel, Dionysius is killed, then Neptune, and the remaining members of the Pantheon turn on one another, leading to a rather shocking confrontation in a lighthouse.  Most amazingly, it all comes together in a way that is both surprising and absolutely the only way this story could have ended…

“Next time, she’d do better.”  As last lines go, it’s remarkable and perfectly apropos, and the writing in this issue is top-notch stuff, filled with topical references to the 1920s and hints at the possible role of Ananke in the events of World War II.  It’s rare to have a comic be so dense and layered in both story and art, but this issue is impressive across the board, with Aud Koch’s illustrations perfectly capturing an art deco tone that is aided and abetted by some lovely production work throughout the issue.  The coloring in these pages is mostly black-and-white, with sepia tones for depth and occasional blasts of bright red for murderous emphasis.  It’s not an easy issue, but it’s essential for anyone who enjoys the WicDiv experience and wants more of the same, but in the vernacular of a different era…

In short, it’s an actual honest-to-Pete novella with several illustrated scenes and it captures the tone and texture of 1923 admirably, especially given the limitations of the comic genre.  The Wicked + The Divine 1923 is worth the price of admission for the insight into Ananke’s psyche alone, but offers a fascinating story and some incredibly art to sweeten the deal, earning 4.5 out of 5 stars overall.  Just be ready for some big blocks of prose and know that they’re absolutely worth the extra time you’ll spend compared to the average comic book reading experience…