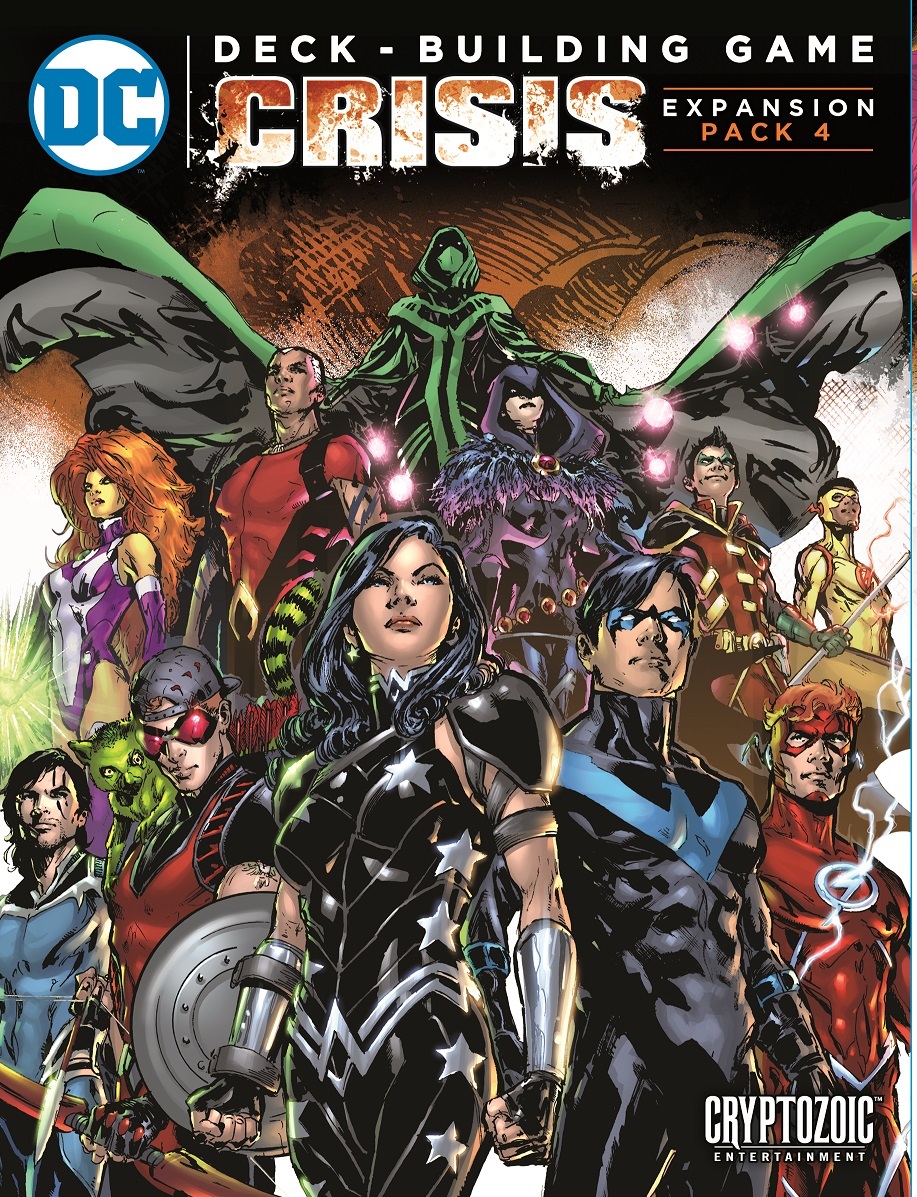 It’s been a while since I’ve heard anything coming from Cryptozoic and its DC Deck-Building Game, but ahead of Toy Fair, the game company has announced two expansions – one featuring the Teen Titans, and another exploring the Rebirth event. DC Deck-Building Game: Rebirth: The latest entry in the DC Deck-Building Game series introduces Movement using eight Mighty Meeples wooden figures, including Batman, Superman, Wonder Woman, The Flash, and Aquaman. The game features both competitive and cooperative modes, offering two distinctive ways to play. In both modes, Villains do not go into a player’s deck when defeated, but instead grant a one-time Reward. In competitive play, defeated Villains give players Victory Points and then go under their Super Hero cards. They can even be used to bribe rivals for various favors.

Are you a fan of new mechanics being introduced into long-running games? I understand the reasoning behind it; you want to make sure problems with the game are resolved and improved, plus you want to make the game seem fresh and challenging for long time players. Part of me doesn’t care either way, but there is that gremlin in the back of my mind (which is where all gremlins come from, by the way, that’s why the back of your head itches sometimes – they are trying to get out) that hates new expansion features as it requires me to essentially relearn and remember that mechanic going forward. Cryptozoic also introduced the Crisis Expansion Pack 4, which focuses on the Teen Titans.

DC Deck-Building Game: Crisis Expansion Pack 4: The latest Crisis expansion for the DC Deck-Building Game series introduces the keyword “Unity” for Ongoing cards that get better as more teammates have them in play. The pack focuses on the Teen Titans and includes six Super Heroes from the Titans, original members of the group who are now all grown up and have something to prove. Another fresh twist to gameplay comes in the form of Personal Crisis Cards, which may only directly affect one character, but can still take down the whole team if players don’t work together to solve the problem.

If you have never played the DC Deck Building Game, it really is a lot of fun. We’ve played the game on Munchkin Land a few times, and everyone seems pleased with how the game plays. Plus, there are so many expansions that you can find a combo/deck that is a perfect match for your favorite DC Comics time period.