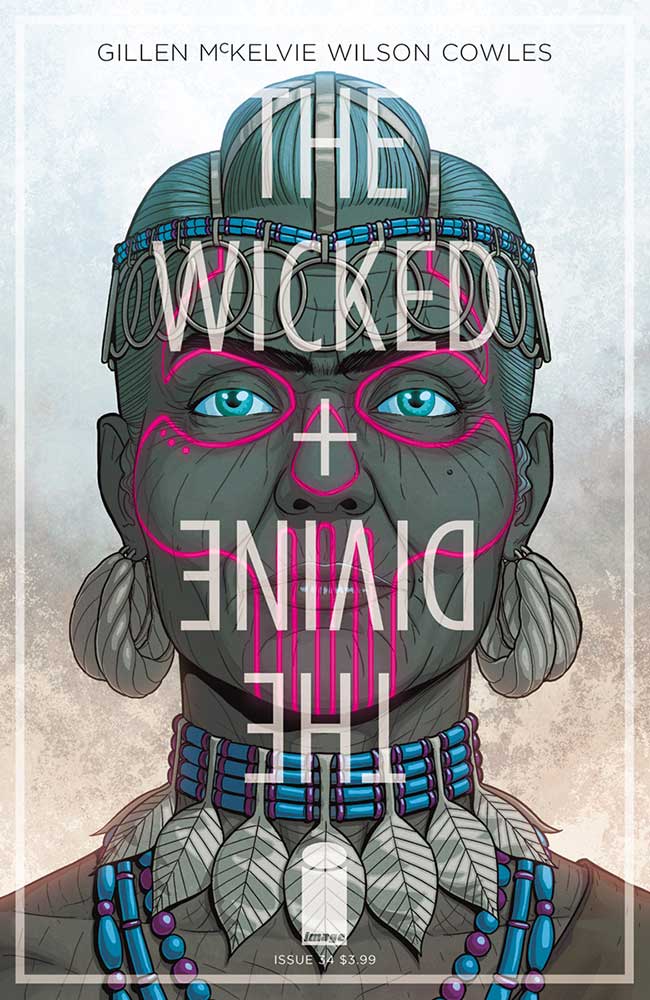 Kieron Gillen and Jamie McKelvie are back at it with an all-new mind-blowing story arc of the bestselling series THE WICKED + THE DIVINE which kicks off in issue #34. It will be available in stores on Wednesday, March 7th.

This penultimate story arc to THE WICKED + THE DIVINE series will answer long-asked questions about the gods and will unveil key events from Ananke’s history in the past.

“Like all the years, we take a new direction. In the final year, it’s a lot of answers,” teased Gillen. “The whole book has been a mystery. Now we start to actually show the various pieces of it. We’ve planned the whole story, and this is our crescendo before we mike-drop with issue 45.”

The end approaches, but it’s not too late.