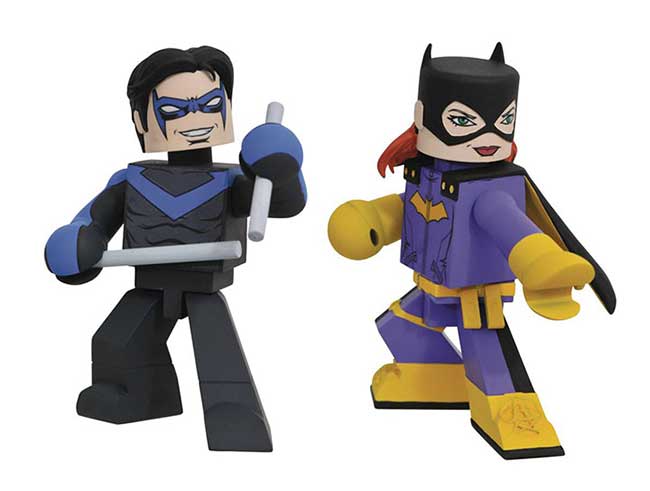 [Toys] New DC Vinimates are on the way

Vinimates appear to be more popular than expected, as Diamond Select Toys has a new wave of DC Vinimates coming our way.

Next week, Comic Book Series 2 arrives, including a classic Superman, a caped Wonder Woman, and a Joker straight out of “The Killing Joke.” The figures will be available at comic shops and Toys”R”Us.

Toys”R”Us will also get an exclusive Vinimate of Nibor, the anti-Robin from Teen Titans Go! Sculpted and deco’ed in the exaggerated show style, Nibor joins the already-released Blackfire and Retro Starfire at Toys”R”Us. More Teen Titans Go Vinimates are coming exclusively to the retail chain, so keep an ear out for news!

DC Vinimates Comic Series 3 is up for pre-order now, featuring a classic Batman, Catwoman and Batwoman, with an expected ship date of Summer 2018.

DC Vinimates Injustice Series 1 will ship in the summer, as well, with game-specific versions of Batman, Black Manta and Harley Quinn.