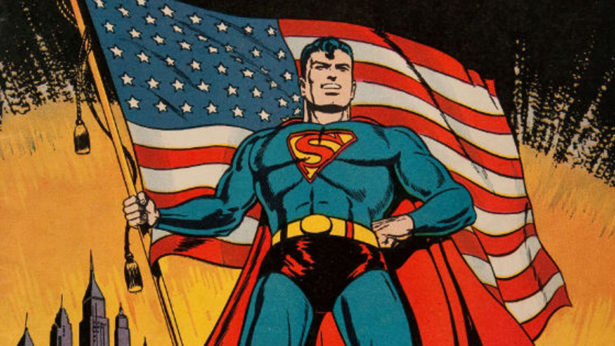 Earlier this morning, DC Comics announced two new imprints aimed at young readers. Now the publisher has released a list of upcoming books and graphic novels, including Superman taking on the KKK. In the 1940s, The Adventures of Superman was one of the hottest things on the radio. The radio adventures of Superman introduced us to Kryptonite, Jimmy Olsen, and was the first place we were introduced to “Truth, Justice, and the American Way.”  Unfortunately, in the ’40s the Ku Klux Klan still had influence, which is why Stetson Kennedy, a writer and activist, decided to expose their secrets.

Stetson had infiltrated the Klan, but was unable to get his findings published, so he took his findings to the writers of The Adventures of Superman, and they thought the KKK would be the perfect villains for an upcoming arc.  As the series played out, the show exposed more and more of the Klans guarded secrets including code words, rituals, and more.  According to reports, following the Superman series, new recruits to the hate group came to an end. Now, it looks like DC Comics is using the radio series once again as a basis for Superman Smashes the Klan by Gene Yang, who you may know from Avatar: The Last Airbender, and New Super-Man. According to DC, there will be a series of comics under the DC Zoom imprint that will eventually be collected into a trade.

There is no word on a release date, but the series has been confirmed to arrive either in the Fall of 2018 or sometime in 2019.