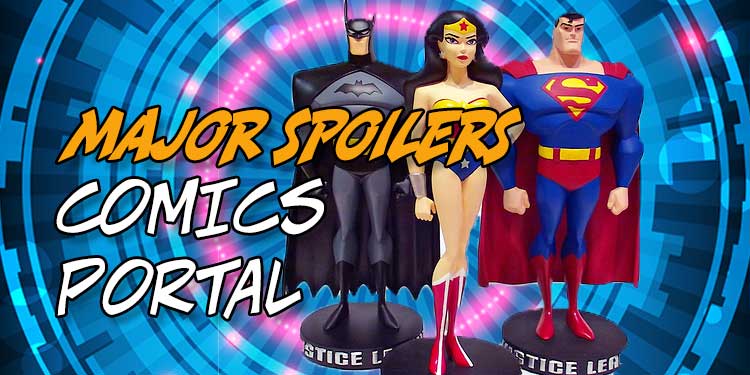 It wasn’t that long ago that I often used to leave my local comics shop with an empty wallet and the back seat of my car full of comics-related items that I treasured.

These days, I pretty much buy only comics. I spend each week about half of what I used to on maquettes, statues and figures. (The exception is those terrific Batman: The Animated Series figures and vehicles, of course!)

What happened? Where did they go?

WHAT IS A MAQUETTE? To know what I’m discussing, here’s a definition of a maquette: “a sculptor’s small preliminary model or sketch.” They used to be larger than an action figure, but smaller than a full-blown statue.

They were often made so that animators in cartoons had a frame of reference when they drew characters. I have heard stories of them being at cartoonists’ desks or in the center of a room where everyone was working on an episode.

The good news was that they were less expensive than the aforementioned full-blown statues, usually by about half. They’d often sell for $70 to $80. As a reference point, action figures used to sell for $10 to $15. Now they sell for $20 to $25. Inflation, no doubt.

They were about a foot tall, just big enough to fit on a shelf or a desk without completely crowding everything else off. Now, if you put several of them together, well, they would easily fill up space. But they looked so very cool doing it!

FAVORITES I’M HAPPY I OWN

The first time I remember buying an object officially called a “maquette” was based on the Justice League animated series. I believe it was Batman, and it was soooooo smooth. I had him next to my computer screen for years! He’s still with me, but he stays boxed up since I have other stuff near my screen since I moved South a few years back. They even made mini-maquettes of these, for goodness sake!

Then there were the Teen Titans maquettes. They were great! The only problem was that Starfire’s ankles were sometimes too thin to support the rest of her body, so they would break. Luckily, mine were perfect… and still are!

I had this policy of buying two maquettes… one to open, the other to keep (collect, if you will). These days, something has to be INCREDIBLE for me to get two. It happens, but much more rarely. The owner of the LCS I was buying from then got big into the Super Friends maquettes. They were based on the older animated show. Again, I bought two. I wish now, due to their simpler design, I had only purchased one of each. Ah, well…

I also bought some Star Wars maquettes based on the Genndy Tartakofsky series. Loved them, but when money became tight, I had to sell them. Sigh!

DC then made a line of maquettes based on their many animated shows. That’s where I got my “real” Nightwing figure. Prior to that, eBay was flooded with fakes and wanna-be’s. I still have my Owl Man from Crisis on Two Earths. I also have Batman’s from The Batman to many of the direct-to-DVD movies DC has made. Wish they would get back to that!

WHAT MAQUETTES DID FOR ME

I have to be honest in that these maquettes were wonderful to look at and collect. They were that middle level between action figures and statues that I could more easily justify buying and keeping. They were that ideal size and in a more affordable price range.

These days, if there are maquettes being made, I’m not aware of them. And it seems that the industry has let this middle level of related items fade away. It’s either low priced or high priced these days. It’s $25 or more than $250.

Granted, the animated series’ that are showing now are not as interesting to me as they were in that era. Young Justice is on the way back, boy oh boy oh boy. Now THERE’S a series that could make excellent maquettes! I watch the Marvel shows on Disney XD, but none of them call out to me to want anything resembling those characters. Just me, I’m sure.

I think at some point the folks producing these maquettes decided they had either run out of ones that deserved being made or felt the number of people interested in buying them had dwindled so low that it wasn’t worth producing them any longer. More expensive seemed to be the consensus in the industry.

I mean, if you look at Sideshow’s many offerings, they are almost always $250 to thousands of dollars a pop! YIKES! Many of them are appealing, but they would take up tons of room while sucking money out of my wallet at a record rate! I know some people have rooms full of those wonderful toys, but I certainly can’t do that!

I’d like to see Gentle Giant, DC or Marvel get back to making maquettes in that middle range of size and price. I think there’s still quite an audience for it! I know I’d be interested!

What do you think? Are there still fans who would like to buy maquettes? Or is it better to stick with action figures on one side, and higher-end statues on the other? If they should come back, which ones do you think would make good products? Whatever your opinion, please share your thoughts in the space below!