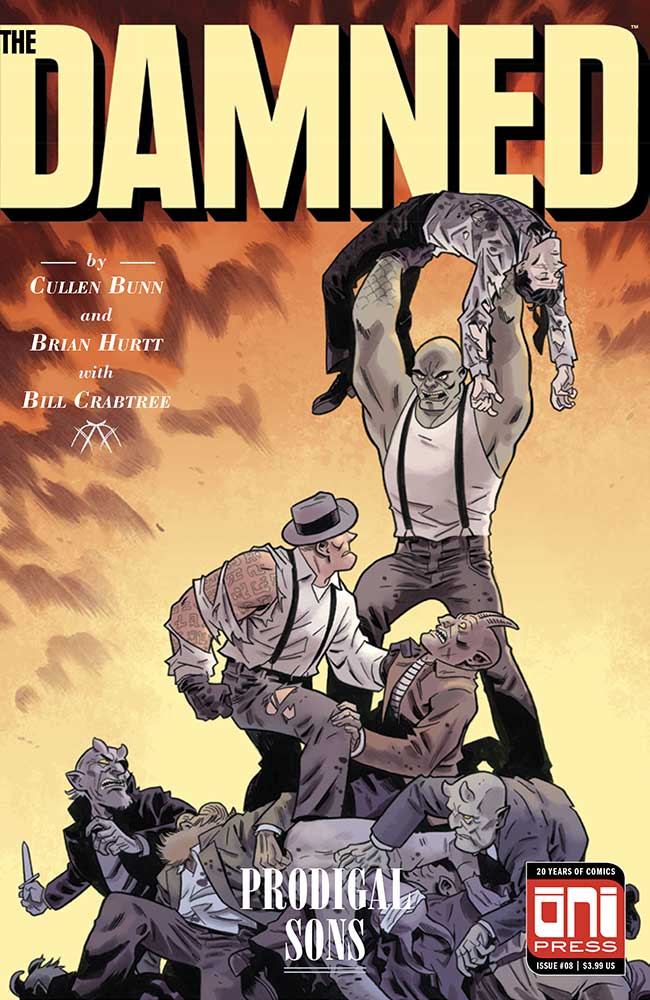 The Damned #8
(W) Cullen Bunn
(A) Brian Hurtt
(C) Bill Crabtree
(CA) Brian Hurtt with Bill Crabtree
Age Rating: Mature Audiences
Genre: Crime/Fantasy
Price: $3.99
Page Count: 32
The explosive climax to the Prodigal Sons storyline! Eddie thought his plan was simple enough, but he couldn’t have imagined that even dead there’d be a hit out on his corpse. While he tries to finish what he started in the netherworld, it’s up to his brother, Morgan, to keep his body safe while trying to figure out exactly why they’re so hellbent on killing his brother for good, and the secret history of their curse. The answers are guaranteed to surprise everyone!