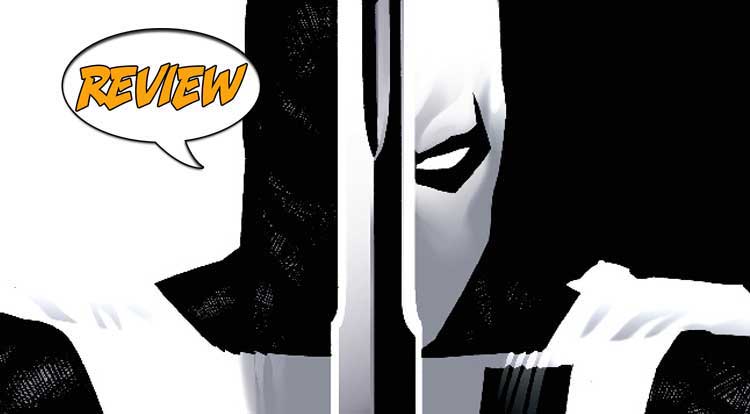 Slade Wilson has assembled a team of young heroes to stand by his side, but as with so many things, his own worst nature seems to be getting the best of him.  Is this the end of Defiance?  Your Major Spoilers review of Deathstroke Annual #1 awaits! Previously in Deathstroke: “Team Defiance is pushed to the edge of oblivion when one of their own ends up dead-and Deathstroke is to blame!  Is this the end of Slade Wilson’s hero turn?  It’s all been building to this!  Don’t miss the finale of “Defiance,” the events of which will lead Deathstroke down a shocking new path!”

It hasn’t really been all that long since Kid Flash, Power Girl, Jericho, Rose and Terra joined forces with Deathstroke, who had turned a new leaf, to become…  something?  This issue shows it all shaking apart, as Power Girl (who is tormented by dreams of her mentor, Karen Starr) confronts Adeline Wilson about her role with the team, only to find out that Slade committed murder to set up their very first mission.  Kid Flash has already quit the team in these pages, and is packing his things, while Jericho is injured and Rose is MIA.  That means that when things get fighty-fighty, only Terra (who spends the issue taunting Deathstroke about sleeping with her again, even tossing out that she’s officially “legal” now) to fight alongside him.  Jericho does eventually join the fight, but as it ends, Kid Flash shows up and pummels Deathstroke within an inch of his life, enraged that Power Girl has seemingly committed suicide, officially bringing the era of Defiance to an end…

NO PUBLIC FIGURES WERE HARMED

Or maybe not?  This is a Priest story, after all, and few writers have the ability to capture the strange, fragmented nature of real life and still hold together in a coherent story the way his work does.  The issue opens and closes with a beautiful framing sequence of Deathstroke in the desert, which sure makes it seem like he’s gone back to his black-and-gold face-shooting days, but a second post-script chapter may indicate differently, as well as making Power Girl’s real fate clear.  Also fun and metatextual: The main villain of the piece is a thinly veiled version of Pharma Bro Martin Shkreli, about whom Terra remarks that it’s a shame Slade has given up his murderous ways.  This issue’s art is the team of Cowan and Sienkiewicz, whose work I would love if they were drawing the second-by-second playback of a middle-school ping-pong tournament, so the visuals are first-rate, and combine with the multiple levels of story that make for a very satisfying issue.

I have to say, I’m sad to see this team break down as quickly as it did, though the getting here was fascinating, as it used some of the more interesting abandoned characters of the New 52 and Rebirth in ways that were exciting and different.  With a complex tale, a morally ambiguous main character and a lot of fascinating twists and turns, Deathstroke Annual #1 pulls off the nigh-unthinkable by making me care about Slade Wilson as a hero, earning a well-deserved 4 out of 5 stars overall.  I’m concerned about where the supporting cast is going to end up, but I can at least console myself with the quality of this arc as I worry that we’ll never see Tanya Spears again…

It is really hard to make me care a whit about Deathstroke, and this book pulled it off. Really well done...