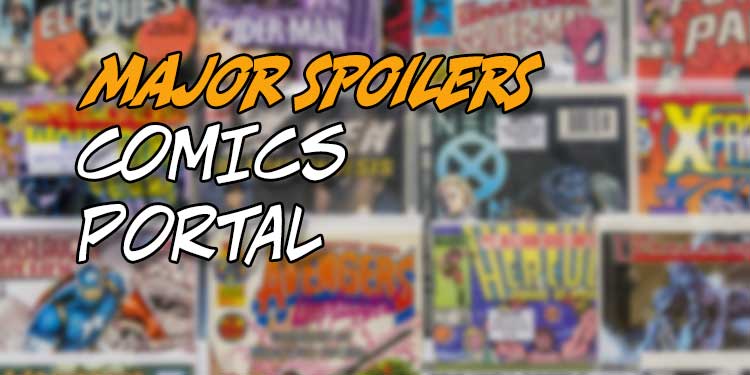 I’ve been a comics fan for a looooonnnnnnggg time, and one of the things I’ve always enjoyed has been arriving at my local comics shop and picking up the newest titles on Wednesday, the day they’re released. Over the years, I’ve noticed that delivery of the weekly comics has changed from time to time. I’ve gone to stores on Mondays, Wednesdays, and Fridays mostly.

But I always want to get there as soon as I can once the books are available.

Now, I’m not the biggest collector in the world, but I like to at least get my copy before a store sells out. I also want to get it in the best condition I can – at least, for many of them. Some I just read and don’t worry about condition. Others, well, I want a good copy!

This also applies when you have a pull list, or a subscription. If the person pulling my books gives me one in poor condition or misses one, I want to know asap!

So unless I’m out of town at a convention or something, I’m there on the first day the comics are out! It’s a habit that has served me well over time.

I FIND MYSELF ALMOST ALONE Over the past several months, though, I’ve noticed that I’m usually the only customer in the store on Wednesday. Yes, the helpful employee is great, and I get the books I want.

But I hear from several LCS owners that Wednesday is not that big of a deal anymore.

Why? Far as I can tell, many people get paid on Fridays. When they have money in their wallets, that’s when fans are heading to the comics stores these days.

I always enjoy discussing comics with people, so the lady who runs the LCS I have my subscription with has always been a joy to talk with. She understands the industry from both sides of the table, as a businesswoman and a fan.

But she hasn’t been there the last several weeks. Instead, a very nice young lady, who’s very quiet by comparison, has helped me and sold me my books. Again, she’s very quiet, which lends to that library feel that makes me kind of uncomfortable.

And this is on Wednesday, when the new books have hit the stands! This has been shocking for me, honestly. And I miss talking with someone who knows what they’re talking about, frankly!

I don’t expect every Wednesday to be a party! But I’d like it if buying my books were more of a fun experience!

WHY THIS WORRIES ME Don’t get me wrong — I love Fridays! I remember the days when the books came on Friday. I’d finish work, then head straight for my LCS. I’d have a big stack that I would read over the weekend.

I admit that it’s tough to always get all my comics read in a timely fashion after I take them home on Wednesday. Life sometimes gets in the way of comics.

But if the comics publishers find out that most people are waiting until Friday to buy their comics, I can hear it now – “Why are we delivering our product two days early?”

I’m afraid that the Wednesday sales date will become a thing of the past. And I like to at least have my books as soon as I can. Once I’ve got them, I can read them at my leisure.

My brother used to drive over an hour on Fridays to get his new books, passing by at least one LCS that was frankly befuddled by his actions.

“Why do you drive all that way to get comics when we’ll have them for sale on Monday, only three days later? What’s the rush?”

My brother responded, “I don’t want to wait for my comics! If they’re out, I’m ready to buy them!”

Eventually, the store owner switched the day he put the new books out to Friday, but that didn’t save his store, which eventually went to that big LCS in the sky.

Also, Fridays are when people have other activities going on, so they may have to push getting their comics until later in the weekend. Or the next week. Or sometime down the road. None of this is good for an LCS.

I think it’s a bad sign when the people who run local shops want to delay releasing the books. Comics are important to me, and if they’re not important to the people running the LCS, then I’m looking for another store!

Please don’t change the release day every week to Friday! Please! Some of us need our comics!

What do you think? Is Friday the new Wednesday as far as fans picking up their weekly comics? Or is this simply a localized concern? Whatever your opinion, please share your thoughts in the space below!