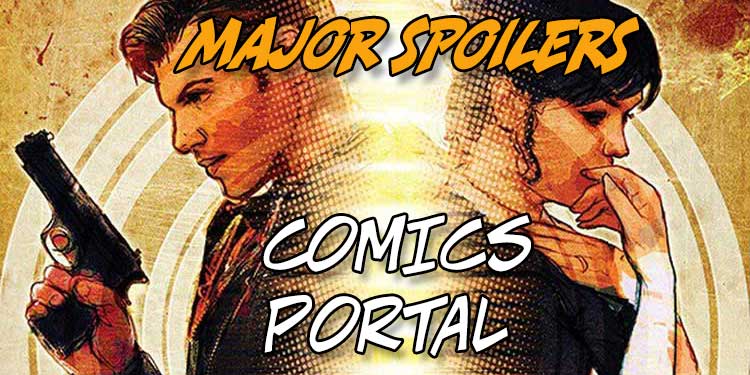 I often wish that more TV shows and movies based on successful comics really followed the stories that made them popular with fans much more closely.

Looks like one series is going to have a better chance at making that come true.

In a recent news release posted here at MajorSpoilers.com, it looks like one of the best writers in comics today, at least in my opinion, is going to guide one of her comics to the small screen. And I couldn’t be happier! Gail Simone continues to tell excellent stories in comics today, even though she’s not doing that for DC much these days. She’s going to be penning an upcoming Domino comic for Marvel, but a book she and Cat Staggs have been sending to the stands, Crosswind, will be featuring her writing and her serving as executive producer on the TV.

“A slick and ruthless Chicago hitman. A smart but downtrodden Seattle housewife. When an inexplicable event strikes these two random strangers, their bodies, souls, and lives are switched—to potentially deadly effect.”

Now I’ve often wished Gail would be writing an upcoming Wonder Woman motion picture, among other projects. If anyone can make a movie or TV show that appeals to comics fans, she’s the one.

And having her being one of the people in charge, well, I’m excited! Over the years I’ve interviewed comics creators in my weekly podcast, I’ve noted that one thing will make them spit tacks… that’s when a company options their stories, then completely shreds them into something unrecognizable.

What I’ll never understand is the desire of executive producers on down to take something that clearly worked well enough for the company to be interested in it, then fracture it. Huh?

I mean, you have a ready-made audience often panting in anticipation to see a story they love making it to the local theater or the tiny screen.

Then you plunk down your hard-earned shekels and take a seat in the room. Or you make time in your busy schedule to sit down in front of your TV to watch the story unfold before you at home.

When it’s done, there often are no people more discouraged than fans of the original product. I mean, I could likely list numerous examples, but you can do that yourselves, can’t you?

THERE’S A DANGER INVOLVED, THOUGH I know that there’s a concern many of us have when it comes to translating comics into live-action presentations. They’re two very different kinds of storytelling, and just because something works in a comic doesn’t mean it will succeed on screen.

There has to be a balance struck, it seems to me. You have to be true to that initial story while making it work on the screen.

That’s not easy, it seems to me.

For instance, too much dialogue or too long of a monologue will kill a TV or movie audience. Honestly, that also works for comics, but we’ve become more used to it over time.

Then, too, if there is too much action, it resembles a video game to many of us. I need at least some characterization to make me feel for the people involved. If not, I’m bored.

GAIL IS AN IDEAL CHOICE

As an avid fan of Gail Simone, I have to say that she’s adept at striking that balance correctly. For example, her years helming Batgirl at DC were a joy to read. Her recent Wonder Woman/Conan miniseries has been excellent as well, just to name a few.

If you haven’t been reading Crosswind, I recommend you get into it. It’s been gripping storytelling just the way I like it, and I think it’s going to work well on the tube.

As of this writing, we still don’t know exactly where or when Crosswind will be available. But I for one can’t wait!

Are you interested in seeing Crosswind appear on the TV? Do you think Gail Simone can make it a big success as well as true to the comic? Do you have other suggestions for comics creators who could turn their works into shows or movies? Whatever your opinions, be sure to share them in the space below!