Zenescope Entertainment has announced three new mini-series that will arrive in stores this month.

Van Helsing Vs. Robyn Hood is the sixth installment of the company’s hit Van Helsing franchise. Written by Zenescope co-founder, Ralph Tedesco (The Courier, Grimm Tales of Terror), this spinoff series pits two best friends against one another after they discover a criminal’s plan to create a loyal vampire army using a synthetic drug. Van Helsing Vs. Robyn Hood is a four issue mini-series with artwork by Allan Otero and colors by Leonardo Paciarotti.

Robyn Locksley takes on new adventures in her latest Series, Robyn Hood: The Curse. This six issue mini-series is being written by comic book industry veteran Chuck Dixon (Van Helsing vs. The Werewolf, Batman, The Punisher) with artwork provided by Julius Abrera and colors by Robby Bevard. Robyn Hood: The Curse follows Robyn Locksley as she finds herself face to face with a terrifying new evil that threatens the lives of her closest friends, Marian and Sam.

Belle: Beast Hunter is penned by Zenescope writer & editor, Dave Franchini (Cinderella: Serial Killer Princess, Spirit Hunters). Belle is a regular girl whose unique heritage forces her to live two very separate lives. Her normal life is that of a grade school teacher in Philadelphia, but the other is that of a well-trained mythical beast hunter. Belle: Beast Hunter is limited to six issues with Bong Dazo and Juan Manuel Rodriguez providing artwork for the series. 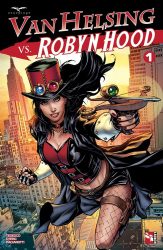 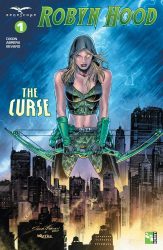 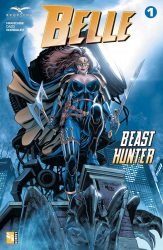