Oni Press is celebrating 20 years of publishing, and to commemorate our platinum anniversary, we are proud to announce promotions and changes in personnel, as well as a retrospective with a series of exciting endeavors and events to follow with each season (Winter, Spring, Summer, Fall) of 2018.

Joe Nozemack, Publisher of Oni Press for more than 20 years, has taken on the title of Founder and Chief Financial Officer. James Lucas Jones, who started as a website freelancer for Oni Press in 1999, has replaced Nozemack as Publisher after acting as Editor in Chief. Charlie Chu has been promoted to VP of Creative and Business Development after 7 years in Oni Press editorial. Over the past five years, Brad Rooks has worked his way up from Inventory Coordinator to his current role of Director of Operations. Ari Yarwood, former Managing Editor and current head of Limerence Press, is now Executive Editor of Oni Press, and Editor Robin Herrera has been promoted to Senior Editor. Associate Editor Desiree Wilson, who was previously an editorial intern at Dark Horse, joined Oni Press last August. Graphic Designer Hilary Thompson has been promoted to Senior Designer while Angie Knowles has moved from Digital Prepress Technician to Digital Press Lead. Kate Stone was hired in April as Junior Graphic Designer. Rachel Reed has been reassigned as Marketing Manager, and Melissa Meszaros (Melissa MacFadyen), former Dark Horse PR Manager, has taken Rachel’s place as Publicity Manager. Alissa Sallah was hired as Administrative Assistant in January of 2017. 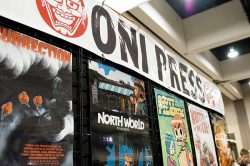 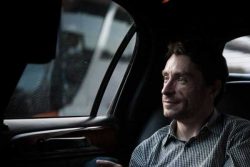 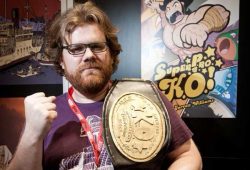 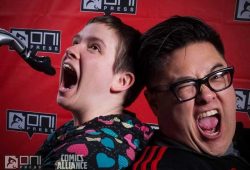 Founded in 1997 by Bob Schreck and Joe Nozemack, Oni Press is Portland’s homegrown comics publisher that has continually created compelling characters, engaging narratives, and great comics in both standard floppy and graphic novel form. In the company’s 20-year tenure, Oni Press has made milestones with creative content that ranges from Eisner award-winning creator-owned titles such as Scott Pilgrim, Black Metal, and Whiteout: Melt, to licensed material like [adult swim’s]Rick and Morty™ and Nickelodeon’s Invader Zim. Oni’s Limerence Press imprint for quality erotic and sex education comics launched in 2016. Oni brought new creative endeavors in 2017 with Oni Entertainment and the theatrical release of Atomic Blonde, as well as the launch of Oni Games, beginning with Scott Pilgrim’s Precious Little Card Game. This March, Oni will be moving its book distribution to Simon & Schuster. 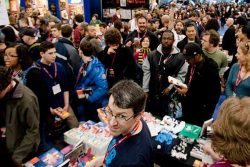 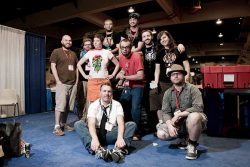 “Twenty years ago the comics mainstream was limited to science fiction and superheroes,” said Joe Nozemack. “Because of their increase in popularity, comics and graphic novels are the main growth category in bookstores and libraries, and now comic book shops have been able to attract a more diverse audience. That’s exactly what Oni Press set out to do—make a comic for every person.”

”On one hand, it doesn’t seem possible that I’ve been working with Joe and the Team Oni for the last 18 years, but at the same time, I can barely remember when this company wasn’t a huge part of my life,” added James Lucas Jones. “While proud to have played a part in how the comic industry has evolved over the last 20 years, we’re even more excited to be a part of its continued growth and maturation over the next two decades.”

Oni Press is thrilled to celebrate with you for the duration of 2018 and beyond. Look out for upcoming announcements to accompany the year of our 20th Anniversary celebration