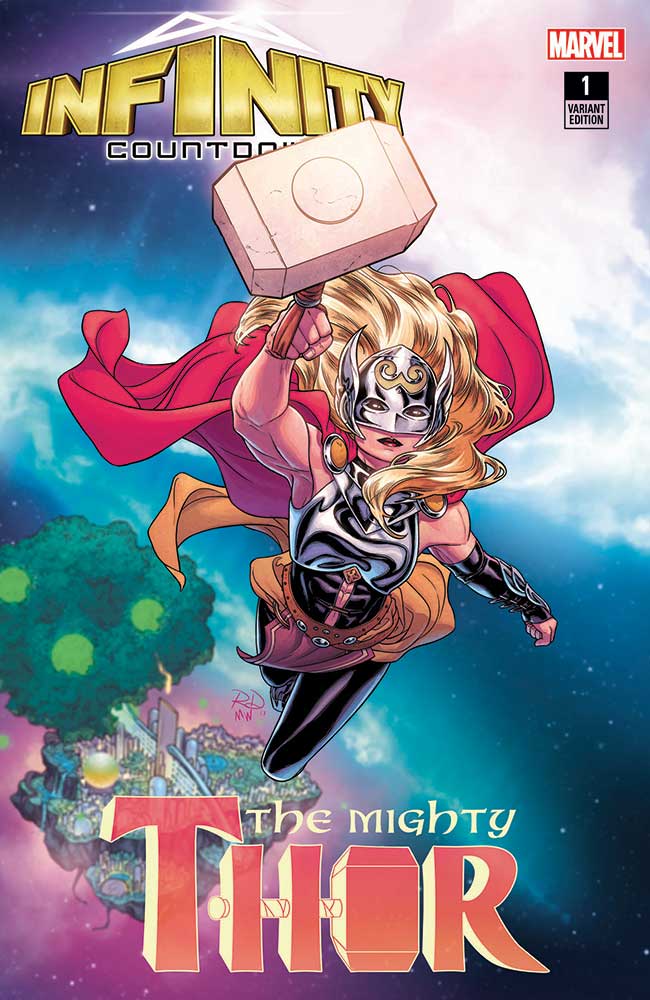 As Jane Foster’s run as the Mighty Thor comes to an end, Marvel plans to celebrate her achievements with a series of Mighty Thor variant covers.

Be on the lookout for these covers when they arrive in stores in March 2018.