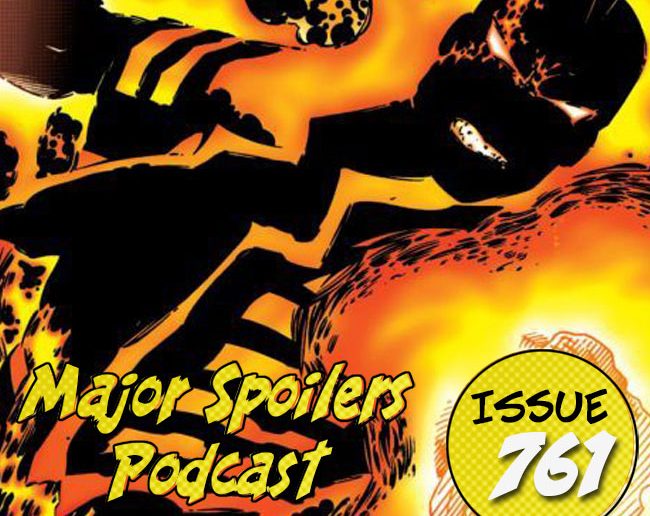 This week on the Major Spoilers Podcast: We travel back to 1994 to see what The Ray is up to. We also discuss the Animaniacs… coincidence? Plus The Damned #7, The Walking Dead #175, Witchblade #2, and Bingo Love get reviewed.

REVIEWS
STEPHEN
THE DAMNED #7
Writer: Cullen Bunn
Artist: Brian Hurtt
Publisher: Oni Press
Cover Price: $3.99
If Eddie is already dead, why are so many people so determined to kill him? Nonstop action and mayhem dominate this issue as Eddie’s cursed brother, Morgan, has to drag Eddie’s dead and deadly corpse around town while trying to figure out why so many people are after his brother!

Struggling to adapt to her new life as the Witchblade’s host, Alex finds she’s the prime suspect in the death of an NYPD detective—and that the dead cop had powerful and corrupt friends who will do anything to keep his shady business quiet. But in the world of the Witchblade, nothing is quite what it seems, and Alex soon learns that there’s more than greed and graft at play inside the circle of corruption. The bent cops also have a supernatural backer, and Alex has just landed in his crosshairs.

ASHLEY
BINGO LOVE OGN
Writer: Tee Franklin
Artist: Jenn St-Onge
Publisher: Image Comics
When Hazel Johnson and Mari McCray met at church bingo in 1963, it was love at first sight. Forced apart by their families and society, Hazel and Mari both married young men and had families. Decades later, now in their mid-’60s, Hazel and Mari reunite again at a church bingo hall. Realizing their love for each other is still alive, what these grandmothers do next takes absolute strength and courage.

Major Spoilers Poll of the Week: Favorite Cover Edition (Seventh in a Series)

DISCUSSION
THE RAY
Writer: Christopher Priest
Artist: Howard Porter
Publisher: DC Comics
Ray’s own monthly comic, penned by Christopher Priest and drawn mainly by Howard Porter, ran for 28 issues from 1994 to 1996. In this series Ray confronts several villains and anti-heroes, including an out of control child with powers similar to Ray’s (who turns out to be his half-brother, Joshua), and a computer game villain known as Death Masque that has somehow become a reality. His relationship with his father is strained several times as he discovers the extent of Happy’s manipulative streak, and the well-intentioned deceptions he had perpetrated concerning his own family.