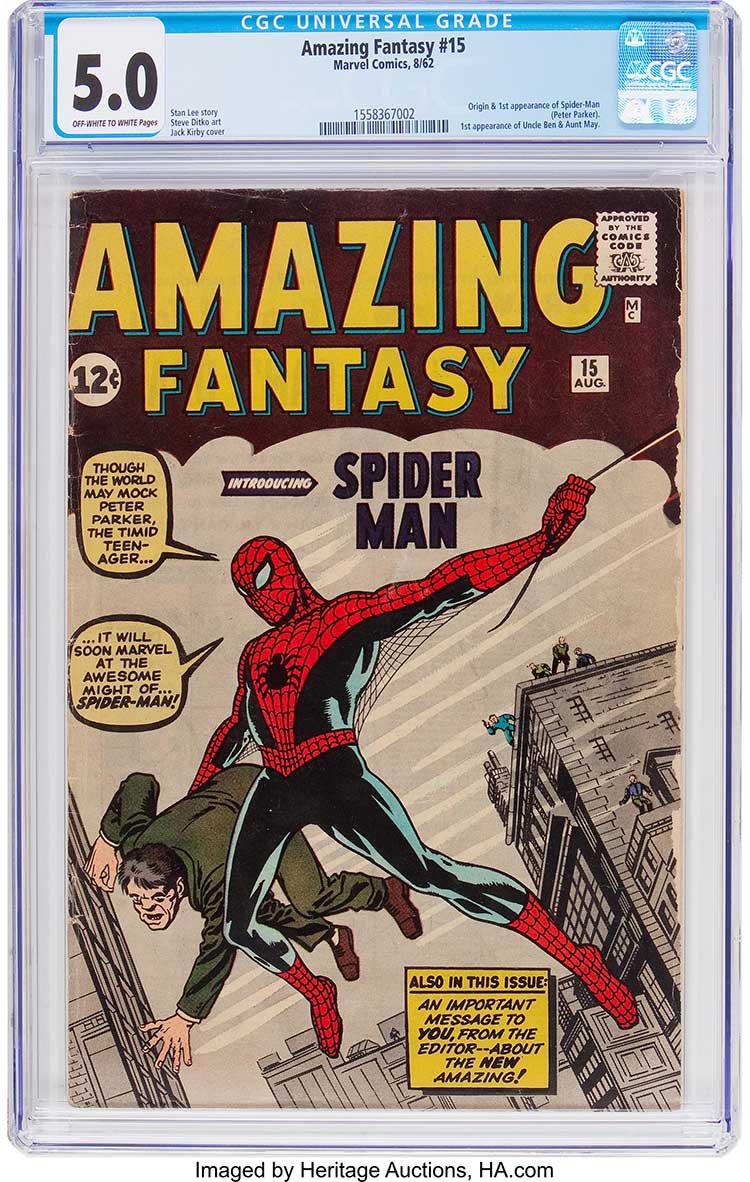 Numerous records set by Heritage Auctions’ Comics & Comic Art category in 2017 include total sales of $44.3 million – the highest ever in the 16-year history of the category and a new standard for the second year in a row. Gross sales surpassed 2016’s total sales of $42.95 million.

In addition, the department’s Weekly Internet Auctions cracked the $10 million plateau for the first time, bringing in a total of $10.8 million, an average of nearly $208,000 per week for the world’s leading comics and comic art auctioneer.

Departmental revenue records were not the only ones set in 2017. Robert Crumb R. Crumb’s Fritz the Cat Cover Original Art (Ballantine, 1969) set a new world record for the most valuable piece of American comic art when it sold for $717,000 – nearly tripling its high pre-auction estimate – while Joshua Middleton NYX #3 Cover and Concept Art X-23 First Appearance Original Art (Marvel, 2004) established a new mark for the most valuable piece of 21st-century comic art when it hammered at $71,700.

“The last year has been the best in the history of our department,” Heritage Auctions Comics and Comic Art Operations Director Barry Sandoval said. “We were able to offer a number Robert Crumb items in which collectors saw premium value, and our weekly internet auctions underscored the quantity of in-demand lots our consignors consistently sell through Heritage Auctions.”

Animation Art
The top animation art piece from 2017 was the iconic Kay Nielsen Concept Painting for the “Night on Bald Mountain” scene in Fantasia (Walt Disney, 1940), which sold for $59,750.

Weekly Auctions
The weekly auctions have been a major boon to the department. The final total for the year of $10.8 represented a jump of 5 percent over the previous mark, which was established in 2016.

“Our average weekly auction has more than $200,000 worth of material, all sold without any reserves or minimum bids,” Sandoval said. “In addition to the Disney animation drawings and comic art we sell week in and week out, we’re proud to have a steady flow of key comics. In weekly auctions this year alone we have sold 22 Amazing Fantasy #15s, 26 Amazing Spider-Man #1s, 33 Incredible Hulk #181s and 27 New Mutants #98s … and there are plenty more in the pipeline.”

The most lucrative comic art lot sold in a 2017 weekly auction was John Buscema and Jim Mooney Amazing Spider-Man #76 The Lizard Original Art (Marvel, 1969), which brought $11,950.

Disney lots enjoyed significant success at the 2017 weekly auctions. Among the top offerings was Snow White and the Seven Dwarfs Grumpy Animation Drawing (Walt Disney, 1937), which sold for $1,434.

The Internet’s most popular auction-house website, HA.com, has over one million registered bidder-members, and searchable free archives of four million past auction records with prices realized, descriptions and enlargeable photos. Reproduction rights routinely granted to media for photo credit.