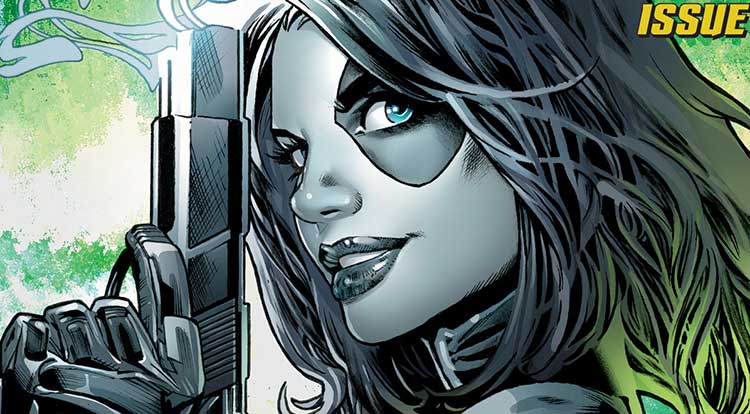 By Stephen Schleicher on January 7, 2018 0 Comments

Marvel Entertainment has announced fan-favorite Gail Simone has been hired by the publisher to take on Domino in an all-new series debuting this spring.

Marvel’s soldier of fortune has found herself on the wrong side of the Marvel Universe merc community. Hunted by enemies, a danger to her friends, and chased by the one man who hates her more than anything in the world, Domino must fight for her life against her biggest threat – herself.

“My favorite characters are always the unpredictable ones, and with Domino, you literally never know which way the dice are going to roll,” said series writer Gail Simone. “I love her, and I can’t wait to show her best bad side!”

Domino looks to be a main character in the upcoming Deadpool 2 movie, so having a series featuring the character, written by Gail Simone is going to be a real treat!