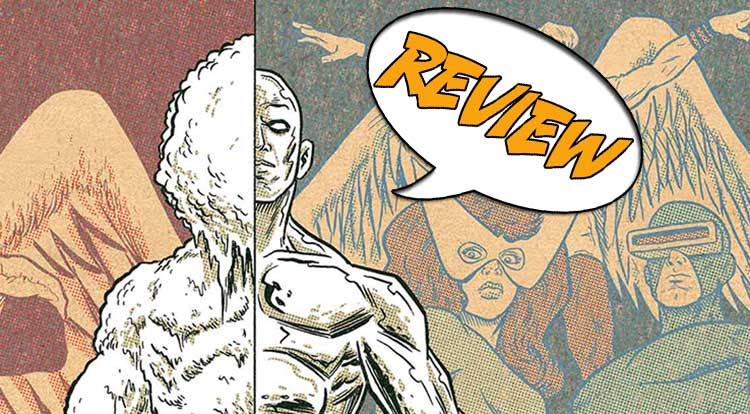 The big experiment to condense the X-Men timeline into one streamlined tale that makes sense continues this week in X-Men Grand Design #2 from Ed Piskor. Previously in X-Men Grand Design: The Universe began but soon, those with powers far beyond normal man appear, much to the fear and dismay of normal man. Mutants, both good and bad, have taken sides as Charles Xavier builds a team to protect the world.

I’ve never been a fan of the X-Men. By the time I would have started reading Marvel, the X-Men were already overly complex, with retcons and retellings thrown in among the myriad of new characters to the point where I couldn’t keep track of who was who, or why the guy with the giant feet was suddenly blue and furry. While I appreciate everything that goes on in the world of the X-Men, every time I’ve picked up an issue the “oh geez, this is so complex,” runs through my head once again.

This is why I really like this big experiment Ed Piskor is serving up in X-Men Grand Design. Piskor is taking decades of complex continuity, and putting it in an order that I believe will become the definitive Cliff’s Notes version of the X-Men Universe. While your favorite Sentinels story may have lasted ten issues, Piskor tells the entire event in a single page; and it makes complete sense. I love this concept – throw out the unnecessary bits and pieces, and focus instead on the big themes and moments that have become part of our collective consciousness. At the same time, key interpersonal moments between heroes and villains are not lost. Readers understand the hows and whys behind character motives, and I think that ends up making me want to learn more about these characters. In essence, X-Men Grand Design may do more to attract new readers to X-Men than any new creator combo or giant Marvel event.

For X-men experts, there is plenty of frustration to be found as well, as moments like the X-Men taking on the Hulk or Spider-Man are missing. But are they really needed? I think it can be argued that they are not, and PIskor proves that by making those moments irrelevant in the grand scheme of things.

NOT THE ART YOU EXPECT

One thing that instantly stands out in X-Men Grand Design #2 is the art. It is not a style that mainstream comics readers are used to, as it feels very indie comic. This makes sense as Piskor has generally been associated with alternative comics since his first major work in 2003 and generally draws his inspiration from Robert Crumb. In X-Men Grand Design characters are not Adonises ripped from the latest Buff Man Weekly or the Sexy Lady Daily magazines that fill comics from other mainstream artists. I think it is important that Piskor doesn’t try to mirror traditional superhero style because this project is not like any other mainstream comic you’ve read before.

Beyond the overall style, it is the little touches that make the art in this book stand out. The pages/gutters (I’m reading the digital version) are colored like faded comics paper from years gone by. It’s a great addition that makes this issue feel different than anything else on the stands. I really hope that by the time this series his the ’90s the panel (and other colors) change to mimic the change in paper quality that happened during that time period.

X-Men Grand Design wraps its first volume in issue two, with additional volumes coming soon. Not soon enough for many readers, but often enough considering Piskor is doing everything but the printing, binding, and publicity himself. This issue ends with events of X-Men #66 – fitting as the next big moment for the X-Men (and presumably this series) is Giant-Size X-Men in 1975.

Does this series gloss over a lot of events and story elements for the sake of making a streamlined story? Yes, there is no way anyone can take compress 66 issues of content without dropping elements, characters and moments due to page constraints. Still, X-Men Grand Design is a super solid read. Fans of X-Men will enjoy this series as a highlight reel of their most fond memories, while new readers will discover a quick source of information for what has come before.

X-Men Grand Design #2 was an enjoyable read for me and earns a Strong Buy Recommendation.