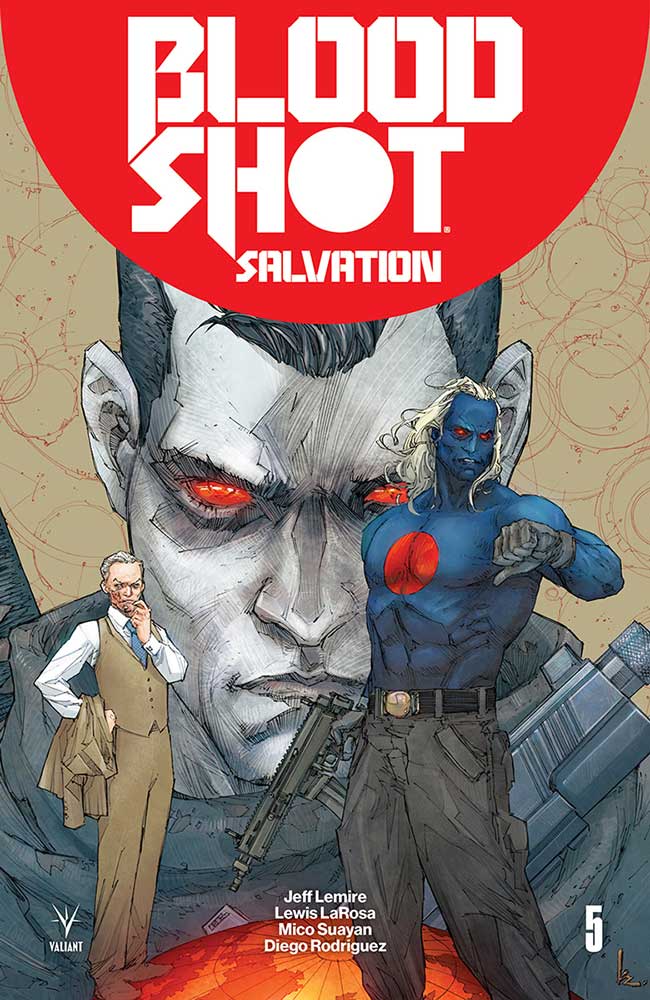 NOW: As nanites overwrite her biology, Bloodshot’s newborn daughter is about to take a turn for the worse…just as her father is forced to confront the truth about a deranged cultist with a dark connection to their own family.

THEN: In the near future, as Rampage’s nationwide campaign of terror escalates, Magic’s search for salvation points her farther away than she ever could have imagined… To the year 4001 A.D.!