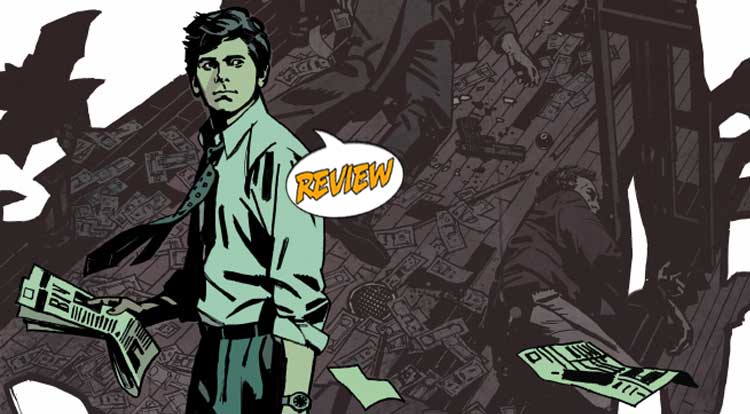 It’s hard to find a new, different take on Batman after all these decades of constant publishing.  Does young Bruce Wainwright’s story make the grade?  Your Major Spoilers review of Batman: Creature Of The Night #2 awaits! Previously in Batman: Creature Of The Night: “In a world where Batman is only a comic book character, young Bruce Wainwright is starting to feel a surprising strength and power grow inside him… and after years of mourning the loss of his parents, that power feels good–intoxicating, even!  The question is, to what use will he put it?”

A STORY THAT WORKS ON MULTIPLE LEVELS

After Stephen and I covered #1 on Dueling Review (you know, one of our many fine podcasts here at Major Spoilers?), I was fascinated with this book’s premise.  We pick up a few years after #1 ended, with Bruce Wayne in college, focusing on his studies and the occasional pretty girl, while The Batman creature continues to protect him and fight crime with brutal efficiency.  Bruce’s fortunes continue to be good, as his business ventures find unprecedented success, so much that he convinces his uncle to allow him to create a charitable foundation to help support young people like himself, children of tragedy.  His first beneficiary is a young woman named Robin, whose parents were murdered in a strange situation, one that the police simply couldn’t solve.  With the help of his Batman/tulpa, Bruce is able to solve the crime, but the truth of what has actually been happening leaves him shattered once again…

This issue is masterful in its visuals, combining a realistic look at life as a young man of privilege with beautifully gritty cityscapes worthy of the best of the in-universe Batman.  Moreover, Leon is able to ape the classic Batman art of years past throughout the issue, using those Dick Sprang-style images to brilliantly deliver on the premise of the story.  Speaking of the story, this issue’s plot is fascinating, building panel by panel until the shocking reveal in the final pages (a moment which was perfectly assembled throughout the comic, so perfectly that I missed it until my second read, at which point I was taken aback by how skilled the plotting is.)  Bruce Wainwright’s actions throughout this issue make perfect sense for a comic book protagonist (especially in terms of his embracing of social progress in a 70s/80s era where that stance stands out as unusual) but we are brutally reminded at the end that this just isn’t that kind of story, making for a satisfying twist/reveal.

THE BOTTOM LINE: AS GOOD AS NUMBER ONE WAS

There’s much more to enjoy about this issue, with Bruce’s realization of his uncle’s homosexuality, the way that plays into the story, the subtleties of character and carefully constructed towers of moments that suddenly end up being more than they seemed, Leon’s expert use of shadows and negative space…  In short, Batman: Creature Of The Night #2 is excellent, the product of talented creators (including Todd Klein, who provides individualized lettering for each of the narrative voices, even making Uncle Alfred’s cursive captions easier to read, which was about my only complaint about the first issue) making a story that examines Batman as a construct and uses him to tell a story about loss and life, earning a dead-solid 5 out of 5 stars overall.  I really want to kvell more about the specifics of the story and plot, but I don’t want to deprive readers of the same sudden realization that I had near the end of the issue…

Some say "everything is better with Batman!" This story proves that, in the right hands, that can be true, even for reality...