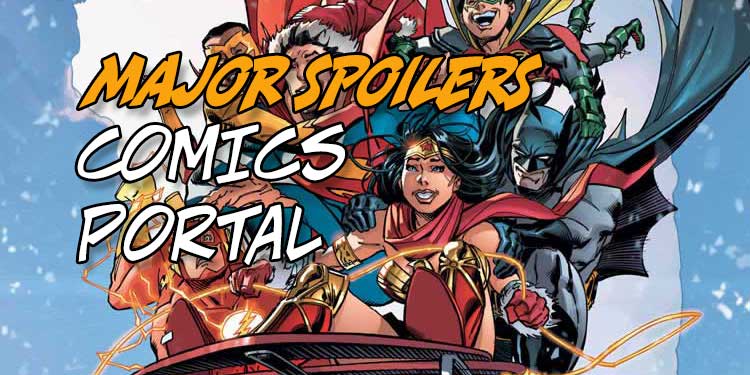 Merry Christmas… if you celebrate that holiday today! I hope you got just what you wanted! And Happy Holidays! May whatever you celebrate exceed your highest expectations this season!

I’m a member of a Star Trek club that’s pretty diverse… Christians, a Buddhist, a witch, a Jewish person, atheists, and others, so I’m used to covering all the bases this time of year!

Since it’s a day that makes me feel in the holiday mood, I thought I’d look at something that I always enjoy in comics… the Holiday Specials!

WHY A HOLIDAY SPECIAL, ANYWAY? I’m sure others are delving into the history of Holiday Specials, so I’ll leave that to those with more information to do that.

Instead, I thought I’d explore the reasons why they happen, and an experience with them.

This time of year, many of us get pretty nostalgic and in the holiday mood. This season is the only one of the year when local pop radio stations (and others) change their programming to play seasonal music. (As of 12:01 a.m. tomorrow morning, that’ll all be over. I love holiday music, so I’m always sad to see them go.)

Marvel and DC, in particular, have, over the years, noticed that people are interested in holiday stories. So they’ve often put out a Holiday Special or two. Hey, why not make a little extra money this time of year?

DC recently released one I particularly enjoyed. It contains 11 festive fables, as they call them, from some of comics greatest creators!

It has 10 new stories, but DC reprinted a Batman tale from Mike Friedrich and Neal Adams, one in which the Dark Knight wasn’t quite so dark. He can be seen singing carols with officers from the GCPD as Gotham enjoyed a night off from crime.

That one still stands out to me. And it was good to read it again, adding to my feeling of happiness this season.

Don’t get me wrong – I did enjoy the others! But that Batman tale remains a classic! It used to be a tradition in many parts of the world that scary stories would be told on Christmas Eve. I guess that was to contrast with the holiday itself.

Holiday Specials are kind of like that. They explore many kinds of experiences, and literally, anything can happen… like Gotham getting through a night without crime.

Often these stories take place in the current continuity, but not always. They often are very general in nature… so much so that the story could still hold up even if a Rebirth takes place with the character!

I often suggest that people give gift cards to comics fans because it’s hard to know exactly what a fan owns or doesn’t. The one exception to that rule seems to be the Holiday Special. They’re hard to get, and people often forget to order them. Stores tend to be stingy with them since they’re likely more expensive than the average comic. For instance, this year’s DC Holiday Special cost $9.99, more than double the average cost of a DC comic.

I only wish other companies would make their own Holiday Specials. I’d buy them, at least!

AN EXPERIENCE WITH A HOLIDAY SPECIAL A few years back, when I was still driving from the Washington, D.C., area to northeastern Pennsylvania with my brother to spend the holidays with our mother, we were traveling on a Christmas Eve when we got to the York, Pennsylvania, area. We noticed a local shop was still open, so we decided to stop there before they closed.

We looked over their wares, then picked out a few things. I asked if they had something I didn’t – that year’s DC Holiday Special.

I asked the guy behind the counter about it, and he said he only had one left, but it was in someone’s subscription box. Rats, I thought.

We started to check out, and the employee had a change of heart. I don’t know if it was because he was closing up in a few minutes for a few days, was in the holiday spirit, or if he wanted to make a little more money, but he pulled out that Holiday Special and said I could buy it.

I couldn’t wait to get to our destination so I could read it! It was one of my favorites to date, so I hope the person it was pulled aside for didn’t mind! It had been waiting for him a few weeks, we were told, so he might not have been interested in it, especially after Christmas.

Still, it’s a tradition I hope the industry continues for years to come. It’s that little boost of a book that potentially exposes characters to new readers as well as giving fans something a little special to buy and read during the holidays.

What do you think about Holiday Specials? Do you buy them or avoid them? Is this good for the comics industry? Whatever your opinions, be sure to share them in the space below!